RRR Trailer: Jr NTR Vs And Then With Ram Charan. Don't Miss Alia Bhatt. What's Not To Like? 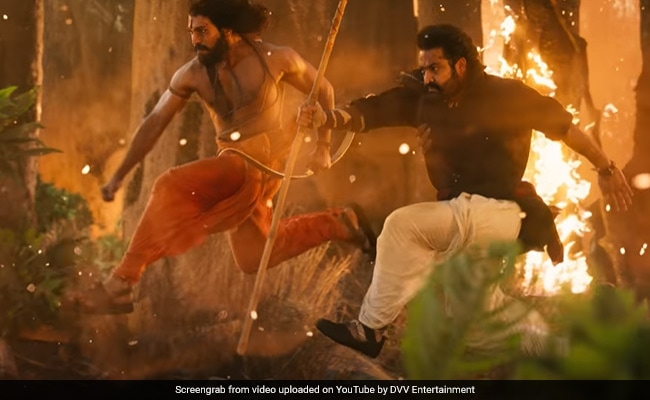 RRR Trailer: Ram Charan and Jr NTR in a still from the film. (Image courtesy: YouTube)

The wait is over. The trailer of SS Rajamouli's magnum opus RRR featuring Jr NTR, Ram Charan is finally here and it is everything we had hoped for. The Baahubali director kept his promise and delivered a mind-blowing trailer of three minutes and seven seconds showing the uproar caused by freedom fighters Alluri Seetharamaraju (played by Ram Charan) and Komaram Bheem (portrayed by Jr NTR) in their fight against the British Raj and Nizam of Hyderabad. RRR is set in the 1920s and it is a fictitious story based on legendary freedom fighters Alluri Seetharamaraju and Komaram Bheem. The trailer begins with a British governor forcefully capturing a little girl of the Gond tribe, following which the character of Komaram Bheem is introduced as the tribe's "protector." With a gripping background score, fearless and courageous Komaram Bheem (Jr NTR) can be seen fighting a tiger. RRR Trailer: Jr NTR in a still from the film. 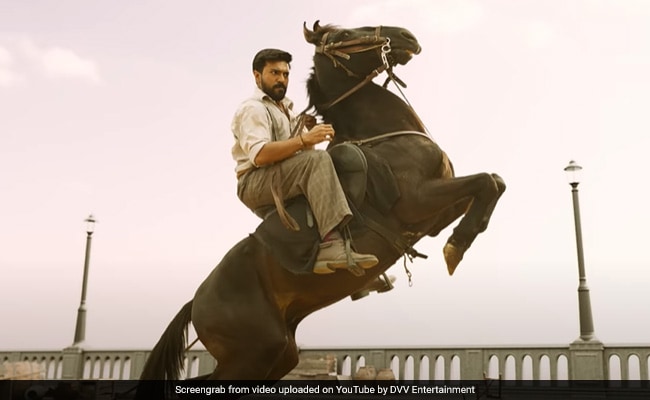 RRR Trailer: Ram Charan in a still from the film.

The trailer also has impressive glimpses of the rest of the star cast of RRR - Alia Bhatt, Ajay Devgn, Olivia Morris, Samuthirakani, Shriya Saran, Alison Doody and Ray Stevenson. Alia Bhatt steals the show as Sita in the trailer. 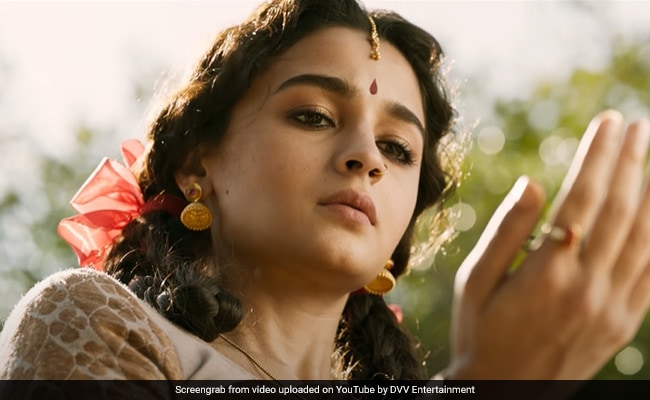 RRR Trailer: Alia in a still from the film.

Sharing the trailer on social media, Rajamouli wrote: "Hope these 3 minutes and 7 seconds symbolise #RRRMovie in all its glory." Jr NTR released the trailer like this: "Get ready to hold your breath for 3 minutes & 7 seconds." Ram Charan's caption read: "Gear up for a 3 minute and 7 seconds roller coaster journey and high-octane eruption."

Watch the trailer of RRR here:

RRR will release in theatres worldwide on January 7 next year in Tamil, Telugu, Hindi, Kannada and Malayalam.