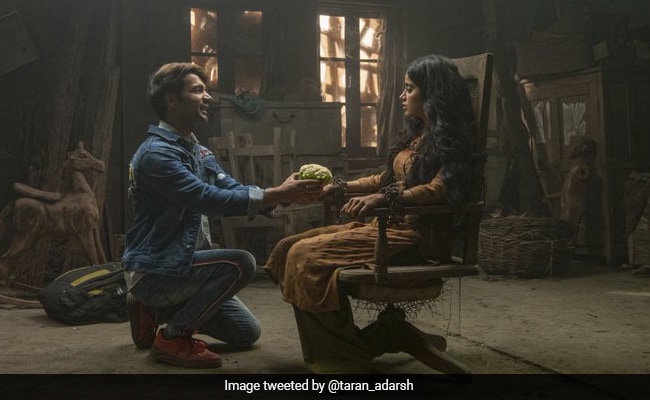 Roohi: Rajkummar and Janhvi in the film. (courtesy taranadarsh)

Contrary to its box office success, the film did not open to great reviews from film critics. In his review for NDTV, film critic Saibal Chatterjee gave Roohi 2 stars out of 5 and he wrote: "Roohi is the first Hindi theatrical release in well over a month. The question is does it have the force to pull audiences back to the multiplexes. Unlikely. It certainly isn't the vaccine of hope and delight that filmgoers, starved of big-screen entertainment for a whole year, need at this hour."

Directed by Hardik Mehta, Roohi was earlier titled Roohi Afza. The horror-comedy showcases the story of Rajkummar Rao and Varun Sharma, two small-town boys, who take up the responsibility to save the brides but get stuck in a forest with Roohi (played by Janhvi Kapoor), what follows are some eerie events.