Rohan Mehra, Son Of Vinod Mehra, Is Trending. Here's Why 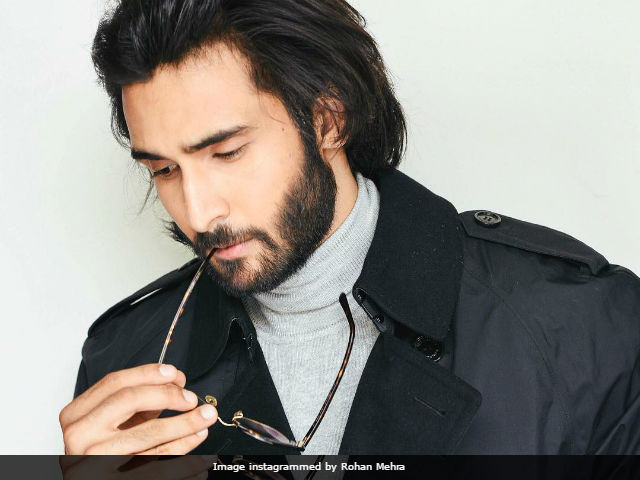 New Delhi: Rohan Mehra, late actor Vinod Mehra's son, is trending and here's everything you want to know about Rohan, who will debut in Bollywood with Bazaar, in December this year. Directed by Gauravv K Chawla, the film is about the dark world that lies beneath the Indian stock market. Looks like Rohan is already prepping for the release of the film. He shared the poster of the film on Instagram and wrote, "This is where it begins. #Baazaar #Mumbai #MysteryMan #December2017". In fact, the first look of the film, which also features Saif Ali Khan in a prominent role, was shared by the director last week.

Incidentally, Rohan's sister, Soniya Mehra, made her debut in Bollywood in 2007 with the film Victoria No 203: Diamonds Are Forever. Directed by Anant Mahadevan, the film was a remake of the 1972 hit film Victoria No 203. However, we haven't seen much of Soniya after her debut film. Rohan and Soniya are Mr Mehra's children from his third wife Kiran. Mr Mehra died of a heart attack in 1990, when both Rohan and Soniya were toddlers. They moved to Kenya with their mother soon after. Soniya later went to the UK to pursue her higher studies.

Apart from Rohan's interests in films, he is also a talented photographer. Shots from his travel around the world mark are a regular in his Instagram page. Rohan is rumoured to be dating Disney star Tara Sutaria, who will make her Bollywood debut with the sequel of 2012's Student Of The Year.

Rohan will be launched under Kal Ho Naa Ho director Nikkhil Advani's banner. In Baazaar Saif Ali Khan plays a rich business tycoon. In the recently released poster, an ageing Saif Ali Khan is neatly suited. He looks intensely in the camera. There is also a silhouette of Rohan Mehra. The poster is set against the backdrop of the cityscape of a busy Mumbai. The tagline of the film reads, "Yahaan paisa Bhagwaan nahin, par Bhagwaan se kam nahin."

Promoted
Listen to the latest songs, only on JioSaavn.com
Here's a look at the poster.

This is where it begins! #Baazaar #Mumbai #MysteryMan #December2017

Baazaar is reported to be loosely based on Michael Douglas' Wall Street and Leonardo Di Caprio's Wolf Of Wall Street . The film was reportedly offered to Hrithik Roshan and Akshay Kumar earlier. Later, there were also reports of the film being shelved.