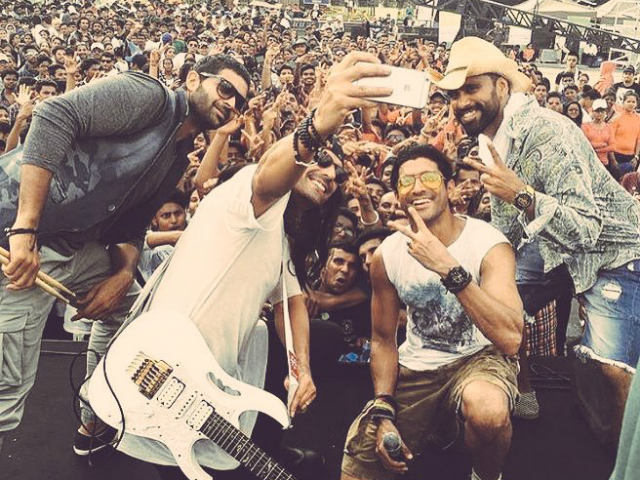 New Delhi: The much-anticipated poster of the sequel of Farhan Akhtar's Rock On 2 released on Friday morning. Well, what can we say, the poster will have you glued to it. It looks like a graffiti with a collage of faces, something you would definitely want to have on your wall.

Nowhere does the picture mention that it represents the sequel but Farhan, who reprises his role in the film, poses with the signature 'rock on' gesture, highlighting the poster is actually of Rock On 2. New joinees Shraddha Kapoor and Shashank Arora also share the frame with Arjun Rampal and Purab Kohli, who featured in the 2008 music drama.

Promoted
Listen to the latest songs, only on JioSaavn.com
On Thursday, Farhan teased fans with a Team Rock On 2 photograph:

The bands back with a new line up!! #RockOn2 first poster breaks tomorrow at 10am. Are you ready?#RelivetheMagikpic.twitter.com/iJBji7I1qW

Prachi Desai, who played Farhan's wife in the first film, also features in the sequel. Directed by Shujaat Saudagar, Rock On 2 hits screens on November 11.