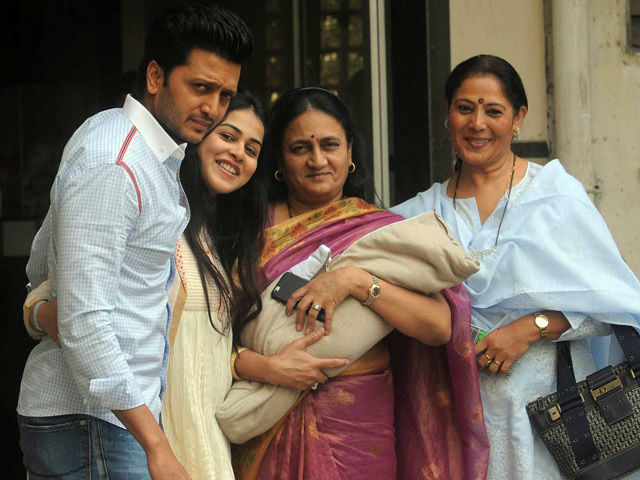 Riteish and Genelia photographed outside their Mumbai residence.

Mumbai: On his mother Vaishali Deshmukh's birthday, actor Riteish introduced his second son Rahyl to his fan following on social media. The actor shared a picture of Rahyl on Twitter.

It's a special day coz its my Aai's Birthday & on this special day I would like to share something special. #RAHYL#HappyBirthdayAaipic.twitter.com/UBLibYuTgo

In the image, Riteish is seen holding the baby, who is seen wearing a blue jumpsuit.

Riteish and his wife Genelia's started dating in 2003 and got married in 2012. They had their first child Riaan in 2014 and welcomed their second son in June this year.

Genelia also posted the same picture and captioned it: "Happy Birthday Aai. Some days were meant to be this special. Introducing Rahyl Riteish Deshmukh."

Promoted
Listen to the latest songs, only on JioSaavn.com
In an interview to IANS earlier, Genelia said she is currently spending time with her two sons and is glad to give them a mix of both urban and rural upbringing.