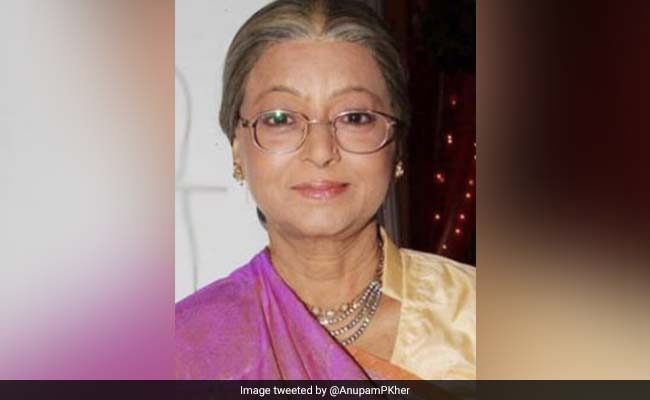 After Rita Bhaduri's death on Tuesday, the veteran actress was fondly remembered by her colleagues, one of who is actress Shabana Azmi. Rita Bhaduri, well known for her roles in several television shows and films, was also an alumnus of Film And Television Institute Of India (FTII), where she studied with actresses like Zarina Wahab and Shabana Azmi. In an interview to news agency IANS, Shabana Azmi revealed that Rita Bhaduri had injured her spine a month ago and was in "excruciating pain" because of her ongoing dialysis. "I got a message yesterday that her condition was critical. She fell down at a shooting a month ago and injured her spine. Unfortunately, she contracted an infection and had to undergo another surgery. She was in excruciating pain because she was on dialysis and could not be administered strong painkillers. And today she is gone," IANS quoted Shabana Azmi as saying.

Shabana Azmi said that she shared a close bond with Rita Bhaduri during her days in FTII. "With her go my memories of an easy comradeship, much laughter and affection that comes from living together. Although we didn't share a room at the FTII hostel, I was in the habit of clambering into her bed on waking up," said Shabana Azmi. "It was Rita's bed I would tumble into, my eyes only half-opened. There was something cute and impish about her," the 67-year-old actress added.

Shabana Azmi recalled Rita Bhaduri as a "good student" and her "closest competitor" in FTII. "We used to call her Tanuja (veteran actress) because of her effervescence. She was a good student, my closest competitor in class but that didn't colour our friendship. And then life happened. We went our separate ways," Shabana Azmi said.

It was actor Shishir Sharma, who confirmed the news of the actress' death with a Facebook post that read: "We deeply regret to inform you that Reeta Bhaduri has departed for her journey beyond... Extremely sad. Lost a wonderful human being... a mother to many of us... Will miss you Ma."

The actress was admitted to Mumbai's Sujay Hospital in Vile Parle for a kidney ailment. The actress' last rites were held at the Cremation Ground in Mumbai's Andheri East on Tuesday. Rita Bhaduri last appeared in the ongoing TV show Nimki Mukhiya.

In a career spanning over 50 years, Rita Bhaduri had been part of films like Kabhi Haan Kabhi Naa, Kya Kehna, Beta, Dil Vil Pyar Vyar and Main Madhuri Dixit Banna Chahti Hoon. she received a Filmfare nomination for Best Supporting Actress for her 1995 film Raja. She had also featured in popular TV shows like Sarabhai vs Sarabhai, Mujrim Haazir and Kumkum.