Riddhima Kapoor Goes All Out In Birthday Post For "Rockstar" Husband Bharat Sahni. His Reaction 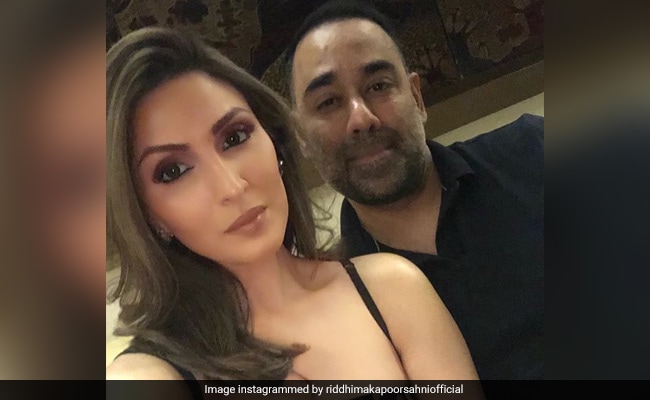 Clearly, Riddhima Kapoor Sahni had reserved the most heart-warming birthday wish for her "rockstar" - husband Bharat Sahni. On Monday, Riddhima Kapoor Sahni shared an adorable birthday post for her husband on Instagram, describing him as her "best friend forever" and "partner in crime": "Happy happiest birthday my BFF, my forever partner in crime! Love you most," she captioned a loved-up selfie. The birthday boy responded with a bunch of smileys - the kiss emoji being one of them. Another birthday greeting for Bharat Sahni arrived from his daughter Samara, who shared one of her favourite throwback photos and wrote: "Happy birthday dad! Can't wait for more adventures with you. You are the best dad anyone could have! I love you so much!"

On Riddhima's birthday earlier, Bharat had poured his heart out in a post, writing: "Happy, happy birthday to my ride or die, picture perfect, birthday queen hope you like this picture and promise to put better ones of me too." Riddhima's birthday celebrations were in Udaipur and Neetu Kapoor was also there.

Neetu Kapoor and late actor Rishi Kapoor's daughter Riddhima Kapoor Sahni is a Delhi-based jewellery designer while Bharat Sahni is a businessman. Riddhima moved to the national capital after her wedding to Bharat in 2006. In 2018, Riddhima was named one of the top 25 entrepreneurs in New Delhi.