We know who Shanaya Kapoor's enemy is 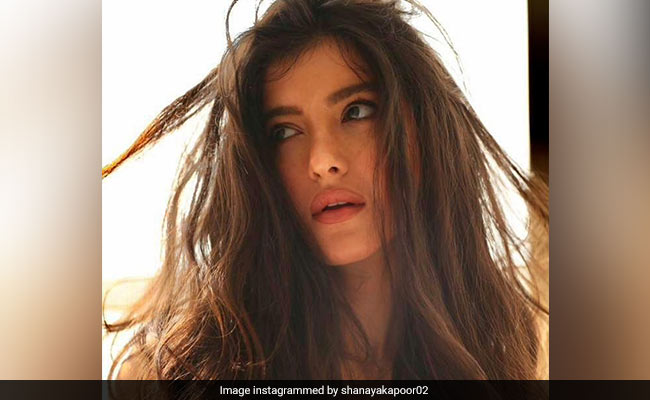 Shanaya Kapoor has an enemy. Sanjay Kapoor and Maheep Kapoor's daughter has revealed his face on Instagram too. Any true fan of this social media star can quickly identify the person as none other than Jahaan Kapoor. The budding actress treated her Instagram community to a sweet video with her younger brother. If you have a sibling, the caption will be relatable as she wrote, "The only enemy I can't live without." A red heart emoji was added to the caption. The Instagram stories, which also has a "Tuesday" filter, shows Shanaya grinning adorably. Jahaan, on the other hand, feels shy and covers his face. Typical brother-sister bond, isn't it? 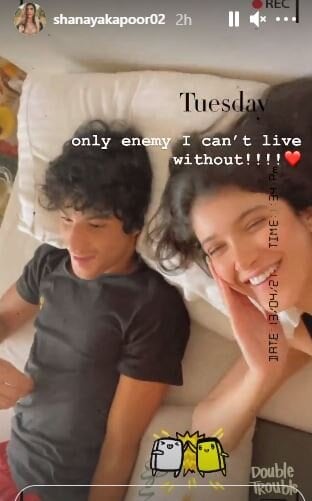 Shanaya recently made her Instagram account public. Since then, the 21-year-old star-in-the-making is creating a stir on the Internet with her jaw-dropping pictures. Shanaya freshly impressed the online community with a pretty snap. She picked a simple black top for this photo but her messy and long brown hair garners maximum attention. The caption read, "You know sometimes, baby, I'm so carefree." Fashion designer and Maheep Kapoor's best friend Seema Khan saw this snap and declared, "This is illegal."

Shanaya left her Instagram community awestruck with a sultry black and white photoshoot. She wore a monokini with a chequered coat pulled over her arms. Shanaya struggled to find the right words for this upload so she simply wrote, "Can't explain, but I'll find a song that can."

Before this, Shanaya chose a monokini with a leopard print on it.

Shanaya is preparing for her debut in Bollywood. She made a short appearance in the Netflix series, Fabulous Lives of Bollywood Wives. It shows Shanaya's experience at Le Bal des Debutantes in Paris.