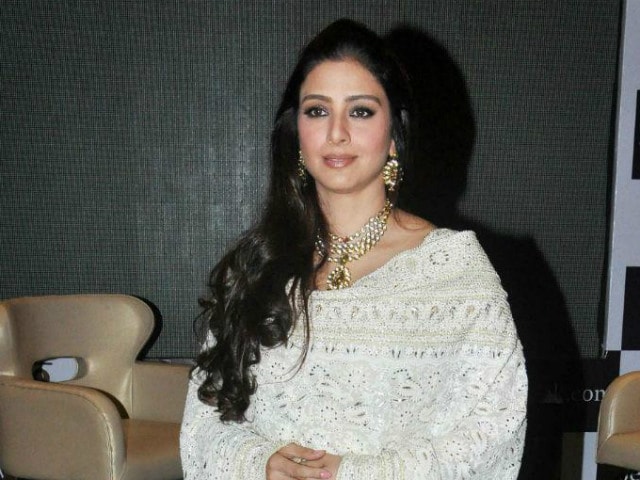 Tabu photographed at a jewellery launch event in Mumbai.

New Delhi: The teaser poster of Fitoor, presumably starring Katrina Kaif, made much noise on social media and now, the makers have released the first look of Tabu as Begum from the movie. Dressed in black and red, and sporting smart hairdo, Tabu is elegance personified in director Abhishek Kapoor's rendition of Miss Havisham, a character from Charles Dickens' classic novel Great Expectations, whose screen adaptation the movie is. (Also Read: Fitoor First Look: Katrina Kaif Looks Mesmerising)

The 40-year-old actress was roped in to play the bitter and manipulative character from the book, replacing actress Rekha, who had started shooting for the movie.

The director had said earlier: "Tabu has given some incredible performances in Maqbool, The Namesake and Haider to name a few. She is an actress who has always accepted challenges and I am honoured to have her in my film."

Fitoor, a part of which has been filmed in Kashmir, will have Katrina play the role of Firdaus while Aditya Ray Kapur play Noor. It also stars Aditi Rao Hydari, Lara Dutta and Rahul Bhatt in key roles and is scheduled to hit screens on February 12, 2016.

Mandira Bedi Is All Set For Her Birthday Eve In Pink Bikini. See Pic