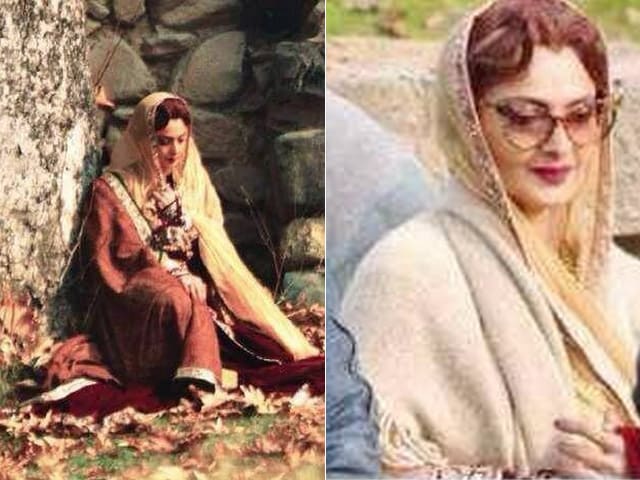 New Delhi: Veteran actress Rekha's look in an upcoming film Fitoor, which is directed by Abhishek Kapoor, was revealed across social media platforms. The film which is an adaptation of Charles Dickens' Great Expectations will see Rekha in the role of a temperamental begum, based on the character of Ms Havisham.

In the novel, Ms Havisham is a bitter spinster who was left at the altar and continually wears her wedding dress.

In the first look, Rekha is seen sitting gracefully under a tree, in red anarkali and gold net dupatta, designed by fashion maestro Manish Malhotra (maybe her character's wedding outfit). The scene is shot in Kahsmir's Nishat Garden.

The film also stars actor Aditya Roy Kapur and Katrina Kaif and is slated to release in the second half of 2015.