"Resting In Peace At Home," Writes Lucky Ali After Rumours Of His Death

In his Instagram Stories, the singer wrote, "Resting in peace at home, haha." 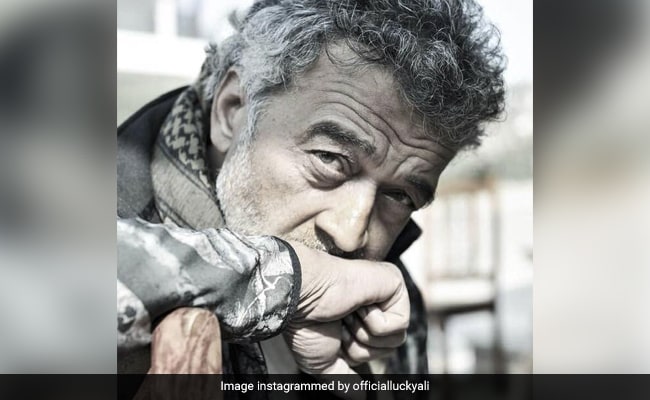 Quashing rumours that Lucky Ali had died following a COVID-19 diagnosis earlier this week, the singer, himself, posted on social media that he was alive and healthy. On his Instagram Stories, the 'O Sanam' singer wrote, "Hi everyone just addressing the rumours. I'm alive and well and resting in peace at home haha. Hope you all are staying in and staying safe. May God protect us all during this devastating time." The rumours of his death first started doing the rounds on Tuesday evening. Soon news of Lucky Ali's demise went viral on social media. Users even left comments paying their respects to the artist. 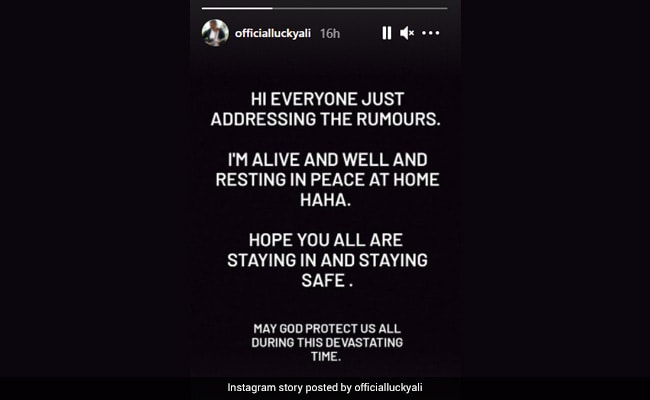 Before Lucky Ali offered the aforementioned clarification, the singer's friend, actress Nafisa Ali came to his rescue by fervently denying the news of his death on social media. Through a tweet on Tuesday, Nafisa busted the rumours of his death on the social media platform and said that he was not COVID-positive either. She wrote, "Lucky is totally well and we were chatting this afternoon. He is on his farm with his family. No Covid. In good health."

Lucky is totally well and we were chatting this afternoon. He is on his farm with his family . No Covid . In good health.

Nafisa's tweet was in response to a user who was offering his condolences to Lucky Ali on the micro-blogging site. "He will be always remembered for his unique hmmm voice #LuckyAli #Covid," the tweet of the user read. The tweet has been removed since.

Several of the singer's fans thanked Nafisa for clearing the air. One user said, " Thanks for telling the truth. May Allah give him health and life long."

Thanks for telling the truth.
May allah give him health and life long.

Nafisa had also previously shared a video of Lucky Ali singing at an impromptu event in Goa, in December 2020. The video that went viral shows the 62-year-old crooning to his popular nineties song 'O Sanam' and playing the guitar to an enthralled audience. Sharing the clip, she wrote, "Lucky Ali live and impromptu at Arambol. At Garden of Dreams."

You can revisit the clip here:

Earlier this year, Nafisa posted another photo where she expressed her joy at the singer composing a song for her. "I am so ecstatic as my friend Lucky Ali is producing, composing and recording a song specially for me. Lucky has the voice that touches hearts. Wish us luck and thank you to director and producer Arjun Nirula for agreeing make this into a music video (sic). Will keep you posted and wish us all blessings (please) to harmonise the soulful music of our legendary Ali," she wrote.

While 'O Sanam' remains one of his most loved songs, Lucky Ali is also known for hit numbers such as 'Ek Pal Ka Jeena', 'Naa Tum Jaano Na Hum', 'Safarnama', and 'Aa Bhi Jaa', among others. He is the son of legendary Bollywood actor-director-singer Mehmood.