Relax, Internet. Oprah Winfrey Has Not Been Arrested For Trafficking 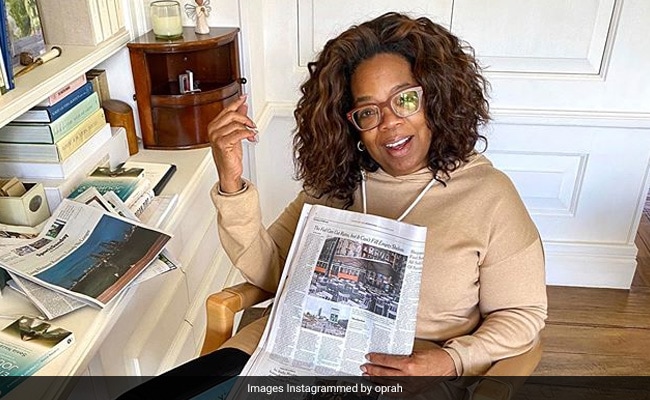 Oprah dismissed a conspiracy theory about having been raided (Courtesy oprah )

Blame it on Coronavirus-isolation cabin fever but the Internet is keeping itself entertained by circulating a rumour that Oprah Winfrey was busted for sex trafficking. Oprah is not amused, repeat not amused, Internet. The queen of daytime TV logged onto Twitter on Tuesday to post an indignant rebuttal, calling it "an awful FAKE thing" and "NOT TRUE" - all caps reproduced as in her tweet - and confirming that she had not been arrested and was practicing social distancing like the rest of us. A conspiracy theory about Oprah having been raided and arrested for sex trafficking sprung up from nowhere hours before her tweet and swiftly shot up US trends.

It's late Monday night in California where Oprah lives but this couldn't wait. "Just got a phone call that my name is trending. And being trolled for some awful FAKE thing. It's NOT TRUE. Haven't been raided, or arrested. Just sanitizing and self-distancing with the rest of the world. Stay safe everybody."

Just got a phone call that my name is trending. And being trolled for some awful FAKE thing. It's NOT TRUE. Haven't been raided, or arrested. Just sanitizing and self distancing with the rest of the world. Stay safe everybody

The conspiracy theory came out of nowhere and claims that disgraced Hollywood mogul Harvey Weinstein received a 23-year sentence for rape and assault instead of a longer one in exchange for blowing the whistle on the supposed trafficking activities of not just Oprah but also the likes of Tom Hanks (currently recovering from Coronavirus in Australia), Steven Spielberg, Ellen DeGeneres and politicians Bill Clinton and Joe Biden.

Why Oprah trending rn and I seen this on Facebook on SUNDAY pic.twitter.com/W9LwLsMONA

Social media, clearly bored by having to stay home (and it's only the first week), ran with reactions like this one:

Me when I see Oprah pic.twitter.com/rucl9QyCIE

Oprah Winfrey can console herself with the thought that nobody really believed the rumour to begin with.

Day 3 of quarantine and y'all are making up shit about Oprah, day 26 is going to be super interesting

This lil quarantine got y'all going crazy. Oprah and sex ring don't even sound right together

The Coronavirus pandemic is keeping most people indoors, practicing self-isolation and social distancing. The virus, which began in China, has spread across the globe - in India, over 150 people have tested positive.