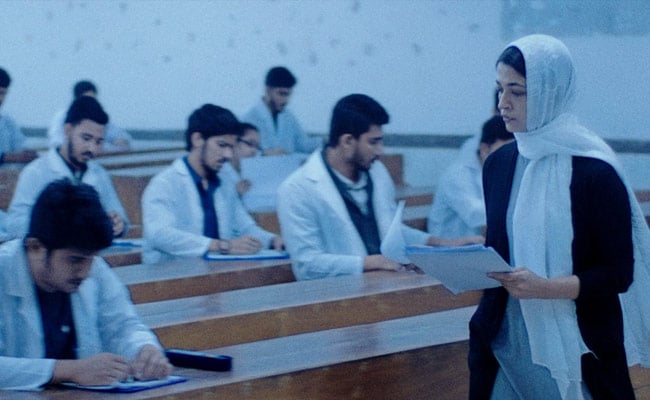 The coalescence of text, texture, tone and technique in writer-director Abdullah Mohammad Saad's Rehana Maryam Noor is felicitously flawless. But the film's fiercely self-willed titular protagonist is up against a world that is far from perfect. Her sturdy moral fibre repeatedly collides with the dispiriting ethical laxity around her. The conflict yields bruising, rapier-sharp drama.

The first-ever film from Bangladesh in the Cannes official selection, Rehana Maryam Noor has a cold, calculated, claustrophobic feel. The sustained tinge of blue in its visuals is a wonderfully felicitous artistic choice. It enhances the film's stylistic austerity and thematic acuteness.

Rehana Maryam Noor, an assistant professor of medicine, is a single mother and the sole breadwinner of a family made up of a young daughter, her parents and a jobless brother. She takes on a male colleague, Dr. Arefin (Kazi Sami Hasan), in a case of sexual misconduct, stirring a hornet's nest in the process.

Rehana witnesses a female student rushing out of the professor's office in distress. She figures out what must have happened in the room, springs to the girl's aid and offers to stand by her. Rehana's resolve is both admirable and disquieting. Her altruism is commendable but the decisions she makes border on the impulsive.

She is ostensibly driven by a mix of obsession and obstinacy - or, that is what the errant man would want to believe in order to save his own skin.

Rehana isn't one to back off. Her fight is for a cause that merits, and gets, all the ferocity at her command, to the consternation of all concerned, including the victim of the unwanted sexual advance, Anika Rehman Annie (Afia Tabassum Borno).

Annie is reluctant to lodge a formal complaint. Her MBBS exams are a month away and she cannot afford any distractions. She pleads with Rehana to keep the incident under wraps. But that isn't an option for the outraged teacher. When all else fails, she decides to pose as the victim in order to bring Arefin to book.

The college principal (Saberi Alam) gives Rehana a patient hearing. She even seems to be on her side until the equations begin to change as questions are raised over whether it would be worthwhile to jeopardise the institution's reputation. Amid the crisis, Rehana's lively daughter Emu (Afia Jahin Jaima) preps for a school show. The mother does her best to give her as much time as she can. But the school feels she isn't doing enough for her child. Something that Emu does in school puts Rehana in another spot of bother. She reacts with characteristic obduracy, throwing open another flank in her unbudging battle for gender equality.

Saad, working in fine harmony with cinematographer Tuhin Tamijul (who also shot the director's 2016 monochromatic debut Live from Dhaka), throws the audience bang into the heart of the private medical college and hospital where nobody seems to have any qualms about bending the rules.

Rehana is an exception. Her uncompromising honesty and her willingness to stake her all for what she believes is the right course of action are a recipe for trouble. In the opening moments of the film, she expels a student for cheating in an exam. Annie, sitting a row or two away in the hall, protests against the invigilator's harsh action. Before the day is over, it is the latter that Rehana has to take up cudgels.

The handheld camera always stays close to Rehana but rarely faces her. It either observes her from an angle or follows her as she walks briskly. Even when the camera is in front of Rehana, which is rarely the case, she is on the move, in sharp contrast to the stillness that hangs over the corridors and rooms of the institution. Rarely does camera movement and placement capture the inner turmoil of a character with such acuity.

Not that the camera is an obtrusive entity as it relentlessly tracks Rehana, but it sure does chalk out the parameters of the perspective that the filmmaker wants us to adopt as we view an individual at war with herself, with the college administration, and with society at large.

The action plays out almost entirely within the college-hospital building. Emu's school is mentioned on a number of occasions. Rehana lives with her parents and unemployed younger brother Rony (Yasir Al Haq), who we see occasionally. The responsibility of fetching Emu from school is his. He swings by to drop the little girl in her mother's office. 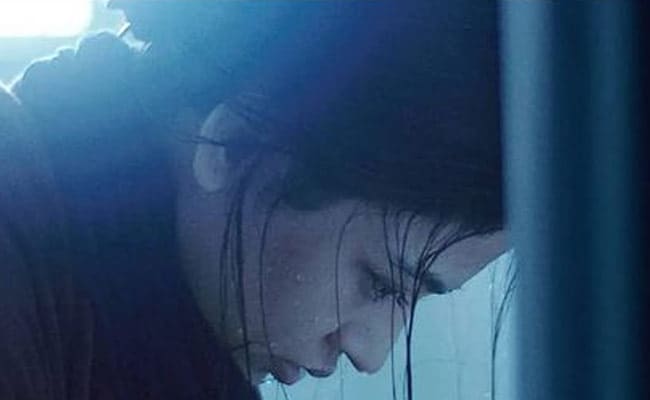 The only time Rehana's larger family is allowed to intrude into the sealed space is when her brother-in-law and his wife, in a scene late in the film, engage in a banter over sharing household chores and the importance of the homemaker. For Rehana, any such discussion is futile. She has a multiplicity of roles to grapple with anyway. She is teacher, a doctor, a parent, a daughter, a sister and a crusader for the safety of women outside the home.

The duress increases, but Rehana will not look away when something is amiss. With the sharp angles that are created by her position within a frame serves to convey the character's doggedness. Azmeri Haque Badhon, staggeringly good, does the rest. She conveys bristling anger, simmering discontent, suppressed emotions and steely determination all at once with a glance and a stare. It is a performance of sustained intensity, as heart-breaking as it is rousing.

This is the 50th year Bangladesh's independence. The significance of a Cannes selection is, therefore, appreciably enhanced. The Rehana Maryam Noor story is set in 2015-2016, which is the halfway point between Bangladesh's 40th anniversary, which the film alludes to in passing via what sounds like a newscast, and its golden jubilee as a free nation.

Have the women of Bangladesh, a country that has been ruled by a woman for many years, come as far as the nation has? Have they claimed their rightful place in the world and in the workplace? But the film isn't just about Bangladesh. While being unerringly true to the social ambience that it is set in, Rehana Maryam Noor tells a universal, easy-to-relate-to tale endowed with the power to touch a chord wherever in the world it plays.

Above all, it does what films from the subcontinent rarely do. It embraces an evocative, individualistic cinematic language without letting its allure overshadow the express purpose of the enterprise. Relying on suggestions, startlingly elliptical editing and tangential plotting devices to craft a film that refrains from grandstanding. It does not throw punches. It stings.