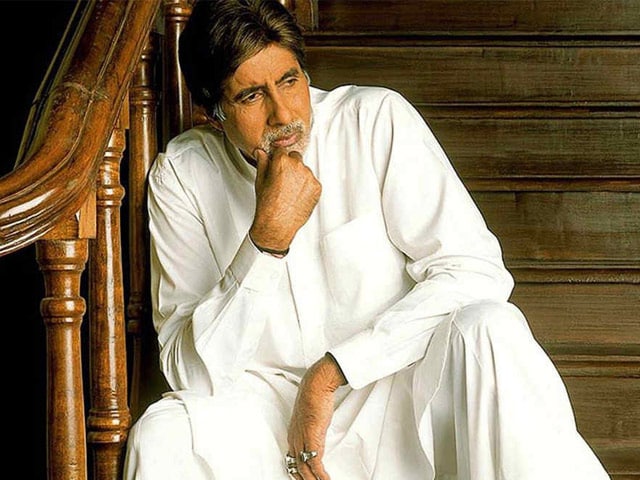 Amitabh Bachchan in a still from the film Baghban, which was directed by late filmmaker Ravi Chopra.

Reminiscing the days spent together with filmmaker Ravi Chopra, who passed away on Wednesday, Bollywood screen icon Amitabh Bachchan said he is "filled with grief and sorrow" on his "dear friend's" death.

"Ravi Chopra, my dear friend and director and producer passed away suddenly today (Wednesday), my son called to give me the news," Big B wrote on his official blog. (Also Read: Bollywood on Ravi Chopra's Death)

The veteran filmmaker, who was hospitalised in Breach Candy hospital in Mumbai, passed away at around 3:30 pm on November 12 . The 68-year-old director-producer had been reportedly suffering from a severe lung ailment since the last few years.

Son of legendary producer and director late BR Chopra and the nephew of late Yash Chopra, Ravi is remembered for his soulful storytelling in films like The Burning Train, Aaj Ki Awaz and Baabul, among others.

On TV, he directed epic dramas like Mahabharat and Ramayan. (In pics: Bollywood Pays Last Respects to Ravi Chopra)

"Filled with grief and sorrow, and unable to find words that could possibly describe what I go through, it is difficult to imagine those days spent together."

"What does one write on such occasions, silence is the best condolence," an emotional Big B wrote.

Mr Chopra's debut as a director was with Amitabh Bachchan's Zameer. Later on, the actor worked with him in Baghban, Baabul, Bhoothnath and Bhoothnath Returns.

Promoted
Listen to the latest songs, only on JioSaavn.com
He also tweeted:

The 71-year-old star is in Kolkata to shoot Shoojit Sircar's Piku, which co-stars Deepika Padukone, and Irrfan Khan.