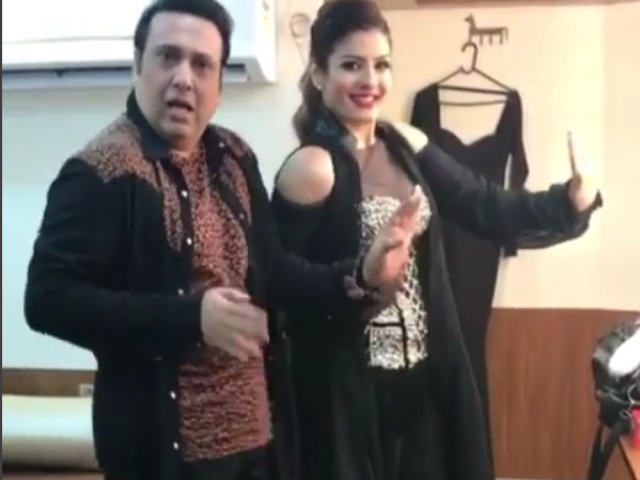 Caption: A still from the video (Image courtesy: officialraveenatandon)

Check out the video shared by Raveena Tandon here:

Raveena Tandon reunited with the 53-year-old actor after a gap of 11 years for a performance at an award show which was held on March 11.

Promoted
Listen to the latest songs, only on JioSaavn.com
On the work front, Raveena tendon had last made a cameo appearance in Anurag Kashyap's Bombay Velvet (2015) starring Ranbir Kapoor, Anushka Sharma and Karan Johar. The Khiladiyon Ka Khiladi actress will be seen returning to big screen after a gap of two years. She will next feature in Ashtar Sayed's Maatr. The movie is slated to release in April. She will also be seen in Shab, directed by Onir. The film also stars Arpita Chatterjee, Ashish Bisht,Simon Frenay and Areesz Ganddi.

Meanwhile, Govinda, who last appeared in the 2015 movie Hey Bro starring Nupur Sharma and Ganesh Acharya, is prepping up for the release of his next film titled Aa Gaya Hero. The film has been directed by Dipankar Senapati and produced by the Bhagam Bhag actor. The film also features Richa Sharma, Ashutosh Rana, Murali Sharma, Makarand Deshpande and Harish Kumar in key roles.