For Ranveer Singh, every day is Met Gala 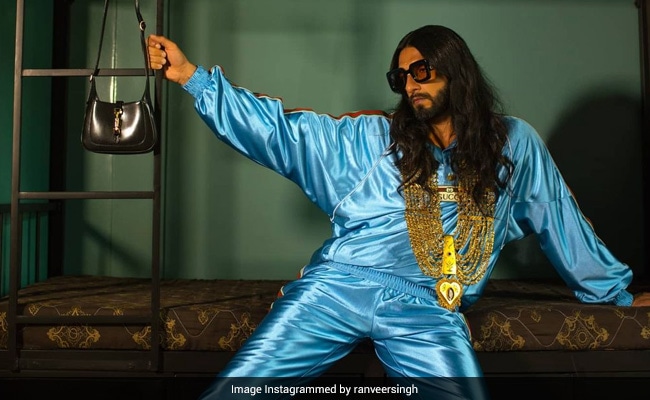 For Ranveer Singh, every day is Met Gala. The actor's flamboyant sense of style is known to all and after this year's Met Gala, which was held on Monday night (Tuesday morning in India) at the Metropolitan Museum of Art in New York, the Twitter expressed its wish to see the biggest fashion event painted in the shades of Ranveer Singh. From Kim Kardashian to Megan Fox and Jennifer Lopez, celebrities from all around the world made heads turning appearances on the red carpet at Met Gala this year. While each one of them put their most fashionable foot forward at fashion's big night, the looks of a few stars, including Kim Kardashian's top-to-toe black outfit, prompted a meme fest on Twitter. Several users tweeted that it might be Met Gala for many but for Ranveer Singh, it is just a "Tuesday afternoon."

Another one wrote: "Ranveer Singh would have killed it at the met gala and shown everyone exactly how it's done tired of y'all being basic." We agree.

"Y'all, Ranveer Singh would've served the red carpet on fire. I know wouldn't disappoint known with his fashion looks," read one tweet and another one left us in splits: "Who said Ranveer Singh needs MET Gala? It's MET Gala that needs him!"

Y'all Ranveer Singh would've served the red carpet on fire
I know wouldn't disappoint known with his fashion looks #MetGalapic.twitter.com/sbB4d7TjdK

A Twitterati wrote: "Once Ranveer Singh starts to take part in #MetGala, it's all over for everyone, Mark my words."

Once ranveer singh starts to take part in #MetGala, its all over for everyone, Mark my words.

Just like this user, we also think that "Every day is Met Gala for Ranveer Singh."

Also, check out other tweets that prove that Ranveer Singh and Met Gala are made for each other:

tbh if they invite ranveer singh at met gala he will outdone everyone! that man sure knows how to carry himself

These tweets will definitely crack you up:

People at #MetGala are wearing all kinds of unexpected outfits

Ranveer Singh taking note of all those weird dresses at #MetGalapic.twitter.com/IKxWw2FqCh

In case you are unfamiliar with Ranveer Singh's fashion sense, check out these posts by the actor here:

Do you also want to see Ranveer Singh at Met Gala next year? Tell us in the comments section.