"It's great to have Ranveer come on board to play Kapil Dev, as honestly I could see no one else for the role, ever since I started finalising the script," said director Kabir Khan 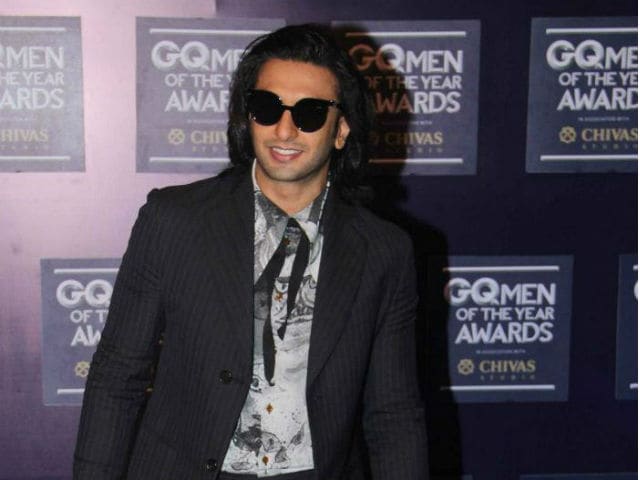 New Delhi: Actor Ranveer Singh will portray the role of legendary cricketer Kapil Dev in a biopic which will be directed by filmmaker Kabir Khan. The film will revolve around the 1983 Cricket World Cup which India won. Speaking to news agency PTI, Kabir Khan said the Gunday actor was his first choice for the role. "It's great to have Ranveer come on board to play Kapil Dev, as honestly I could see no one else for the role, ever since I started finalising the script," PTI quoted the director as saying. Kapil Dev is considered to be one of the greatest cricketers of all time. He captained the Indian cricket team which won the 1983 Cricket World Cup.

Talking to PTI, filmmaker Kabir Khan said the Kapil Dev biopic is 'one of the most exciting stories' he has worked on.

"As a young schoolboy when I watched India win the 1983 Cricket World Cup. I had no idea that from that day onwards cricket in India will change forever. As a filmmaker, for me, the journey to that win, filled with raw energy and sheer passion of that young Indian team, is probably one of the most exciting stories I have worked on," Kabir Khan told PTI.

The Kapil Dev biopic will be backed by Vishnu Vardhan Induri of Vibri Media and founder of CCL, along with Phantom Films, reported PTI.

Talking about the forthcoming venture, Mr Induri said, "Our dream of wanting to make a movie on the Incredible journey of the Indian cricket team during the 1983 World Cup only gets bigger with Kabir Khan and Ranveer Singh coming on board."

"With his energy and passion we feel that Ranveer would perfectly fit the role of Kapil Dev who is one of the greatest sporting legends India has ever produced," he added.

Filmmaker Vikramaditya Motwane, who is one of the stakeholders in Phantom Films, said he is 'delighted' to be making the Kapil Dev biopic with Kabir Khan and Ranveer Singh.

"'83 is the greatest Indian underdog sports story ever and we're delighted to be making it with Kabir and Ranveer. Taking on the mantle of playing a legend like Kapil Dev isn't easy but if any actor can do it, it's Ranveer. I'm sure his portrayal is going to be endearing and brilliant and we can't wait to see it on screen," Mr Motwane told PTI.

The Kapil Dev biopic will reportedly go on floors early next year.

Ranveer Singh last featured in 2016 movie Befikre. He will next be seen in Sanjay Leela Bhansali's much awaited film Padmavati, co-starring Deepika Padukone and Shahid Kapoor. In the film, Ranveer will play the role of historic ruler Alauddin Khilji.

Promoted
Listen to the latest songs, only on JioSaavn.com
Ranveer Singh's Padmavati will release on December 1.