On Wednesday, fans woke up to the first look of Ranveer as the titular character Jayeshbhai and we must say it's ekdum 'Jordaar' 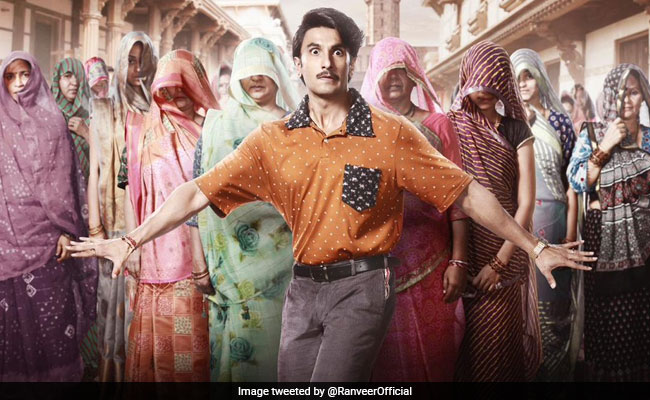 Ranveer Singh, who made his big debut with Yash Raj Films, returns to the production house with Jayeshbhai Jordaar, a comedy in which he features as a Gujarati character. On Wednesday, fans woke up to the first look of Ranveer as the titular character Jayeshbhai and we must say it's ekdum 'Jordaar' ... umm... we mean ekdum saras che and tope class. We expect to be surprised when its anything to do with Ranveer Singh and the first look poster of Jayeshbhai Jordaar lived up to our expectations indeed. In the poster, a much leaner Ranveer Singh sports a bewildered expression and poses with an army of women in ghoonghat. Ranveer's wavy hairstyle and neat moustache particularly add character to his look as Jayeshbhai.

Earlier in May, a "thrilled" Ranveer announced Jayeshbhai Jordaar as his next film after '83 and wrote: "It's a 'miracle script."

Speaking to news agency IANS, Ranveer had said around that time that he was blown away by the script of the film: "Jayeshbhai Jordaar is a film with a big heart. In its concept as well as in its appeal, it encompasses the broadest spectrum of the cinema-loving audience - it's a film for everyone. It is, in fact, 'a miracle script' that YRF found for me out of nowhere. The sheer brilliance of the writing compelled me to immediately green-light this film. Both humorous and poignant, Jayeshbhai Jordaar is right up there with the most solid on-paper material I've ever come across."