Ranveer Singh In And As Jayeshbhai Jordaar. Details Here

"Jayeshbhai Jordaar is a film with a big heart": said Ranveer Singh 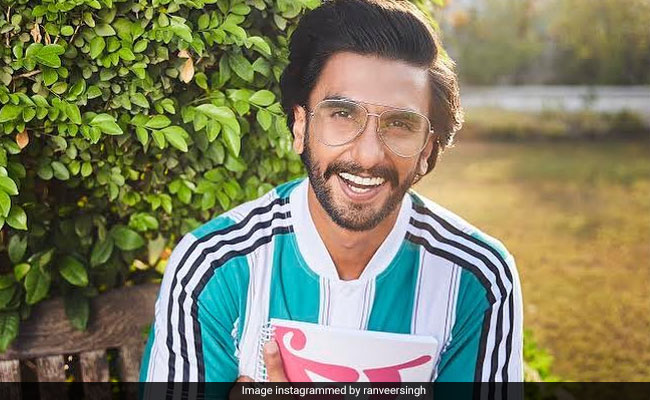 Ranveer Singh recently shared a video on his Instagram about his new project Jayeshbhai Jordaar. He is currently working on Kabir Khan's film '83 and now he also has signed for the film Jayeshbhai Jordaar, which will be produced by Yash Raj Films and will be directed by Divyang Thakkar, who will make his directorial debut with this film. In the video that Ranveer Singh shared on his Instagram earlier today, he introduced the debutant writer-director Divyang Thakkar. Ranveer Singh's character will be a Gujarati in this film. Take a look at Ranveer Singh's post where he spoke about the film and also introduced the debutant writer-director:

Earlier, Ranveer Singh posted a picture of him holding the script of the film, and called it "a miracle script."

In an interview with the news agency IANS, Ranveer Singh spoke about the film and said: "Jayeshbhai Jordaar is a film with a big heart. In its concept as well as in its appeal, it encompasses the broadest spectrum of the cinema-loving audience - it's a film for everyone. It is, in fact, a miracle script that YRF found for me out of nowhere."

The Bajirao Mastani actor spoke about the script of the film and said: "The sheer brilliance of the writing compelled me to immediately green-light this film. Both humorous and poignant, Jayeshbhai Jordaar is right up there with the most solid on-paper material I've ever come across."

Talking about the script Maneesh Sharma, who will be producing the film, said that the script is an example of a "relevant message delivered in an entertaining manner."

Jayeshbhai Jordaar is expected to go on floors this October.