"We made her a celebrity and now see her attitude," wrote a Twitter user 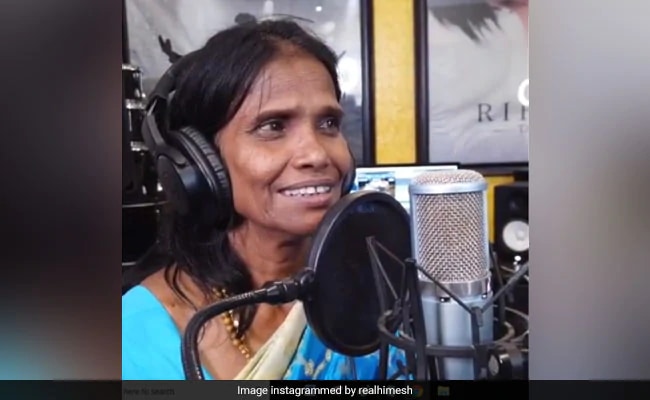 Internet-famous Ranu Mondal has gone viral again and not in a good way this time. Ms Mondal, who has had an incredible rags-to-riches story after being discovered singing at a railway station, has offended some on social media by brushing off a fan who tapped her shoulder, presumable to ask for a selfie. In footage circulating online, Ranu Mondal is approached by a woman in what seems to be a grocery store. When the woman taps her on the shoulder, Ms Mondal round on her and is seen asking "Yeh kya hota hai?" while returning the shoulder tap. A fairly natural response to having one's personal space unexpectedly invaded, we would say - but the Internet seems to think the rudeness was on Ms Mondal's part and has accused her of acting like a celebrity. "We made her a celebrity and now see her attitude," wrote one critic.

Take a look at some of the tweets here:

Don't touch me, I'm celeb now : Ranu Mondal
We made her celebrity and now see her attitude.#ranumondal#ranumandalpic.twitter.com/HOGFPYnU4s

Really sad we all twitterati supp her when her station vala video came see her behaviour after becoming celebrity
Such insult of any fan is pathetic #RanuMondal@singh_harmeet84https://t.co/8rQHcEijau

Ranu Mondal recorded two songs for Himesh Reshammiya's film Happy Hardy And Heer. Himesh also invited her to the singing reality show Superstar Singer, where he features as one of the judges. Whether or not her career takes off remains to be seen; meantime, the Internet thinks she needs to learn humility.