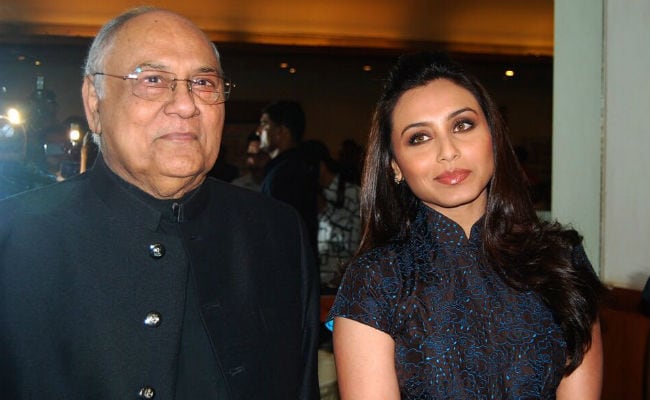 New Delhi: Actress Rani Mukerji's father Ram Mukherjee died in Mumbai at 5 am on Sunday, reports news agency IANS. He was 84. The filmmaker was not keeping well since a long time. "He was admitted to the Breach Candy Hospital from October 13 and his treatment was going on. Unfortunately, his body was not responding to the treatment that well this time. Last night, his blood pressure suddenly dropped around 5 am. He is no more, everything is finished," Ram Mukherjee's wife Krishna told IANS over phone. He was the co-founder of Filmalaya Studios and was best-known for directing films like Hum Hindustani and Leader, starring Dilip Kumar and Vyjayanthimala. Mr Mukherjee had also directed and produced Rani's debut Bengali film Biyer Phool in 1996.

Ram Mukherjee's cremation was held on Sunday afternoon at the Pawan Hans Crematorium in Vile Parle West. Rani, along with husband Aditya Chopra, was present at the last rites. 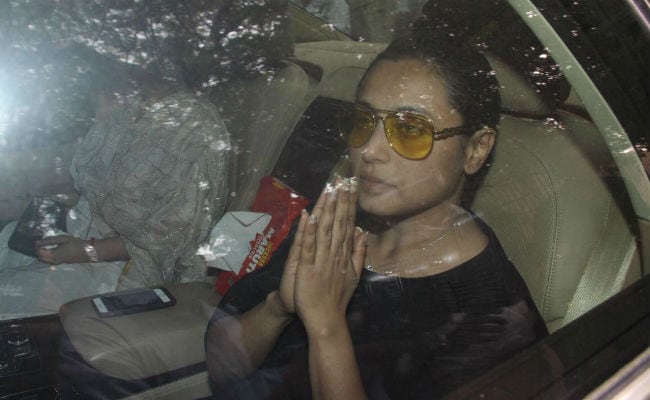 Rani Mukerji photographed outside the crematorium in Mumbai 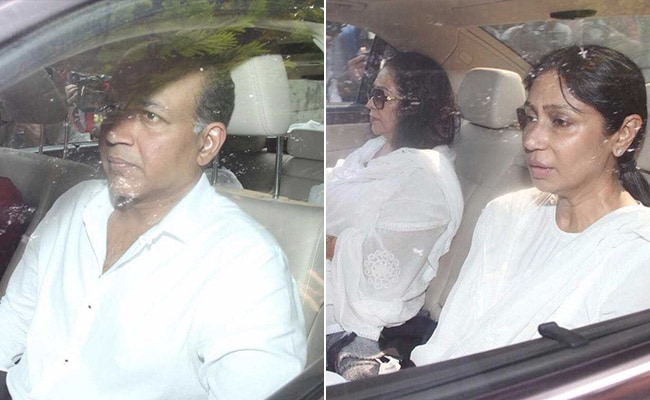 Ashutosh Gowariker and wife at the funeral

"Ram Mukherjee, respected filmmaker, beloved father and husband, is no more. He passed away on October 22 at 6 am due to natural causes. Close friends and family attended his quiet funeral at 2 pm this afternoon. Ram Mukerji was one of the key associates of S Mukerji and one of the founder members of Filmalaya studios and is known for directing films like Hum Hindustani and Leader starring the legend Dilip Kumar. He will be sorely missed by his wife Krishna Mukerji, daughter Rani Mukerji, son Raja Mukerji and the rest of the family," said Rani Mukerji's spokesperson.

Saddened at the passing of veteran filmmaker Ram Mukherjee. My condolences to his family

Bengali actor Prosenjit Chatterjee tweeted: "Really sad to hear Ram Mukherjee passed away. I had an opportunity to work with him in Rakta Nadir Dhara, Raktalekha, Biyer Phool. RIP Ramda."

Rani Mukerji and filmmaker Aditya Chopra married in 2014 in an extremely private ceremony. The couple together have a daughter Adira, who will turn two this December. Aditya Chopra is the elder son of filmmaker Yash Chopra and wife Pamela. His younger brother Uday is an actor. Aditya Chopra is best-known for directing Dilwale Dulhania Le Jayenge while films like Veer-Zaara, Fanaa, Band Baaja Baaraat and Jab Tak Hai Jaan, have been produced by him.

Rani Mukerji was last seen in 2014's Mardaani, produced by Yash Raj Films. Her next film is Hichki, which releases next year. She is the stars of films such as Kuch Kuch Hota Hai, Black, Veer-Zaara, Saathiya, Yuva, Bunty Aur Babli, Hum Tum, Kabhi Alvida Na Kehna, No One Killed Jessica and Talaash.

Promoted
Listen to the latest songs, only on JioSaavn.com
Ram Mukherjee is survived by wife Krishna, daughter Rani and son Raja.