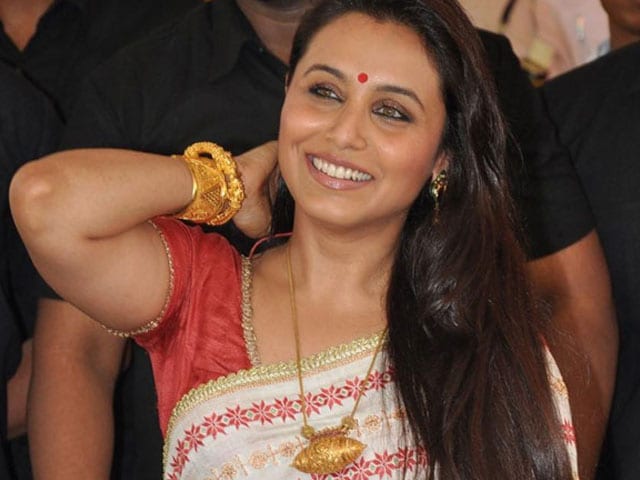 Rani Mukerji at an event in Mumbai.

Mumbai: Actress Rani Mukerji, who tied the knot with filmmaker Aditya Chopra last year, has been photographed sporting a baby bump. The photograph has already been shared a number of times on social media. This is what a fan club posted on September 12:

It appears that the actress was about to be seated in a car while she was photographed. She was in a floral maxi dress and the picture indeed confirms her pregnancy.

Rani and the Yash Raj Films honcho-filmmaker secretly married in Italy on April 21, 2014.

It is the first marriage for Rani, 37, while Aditya, 44, who is known to be a very private person, was previously married to Payal Khanna but got divorced in 2009.

In her 16-year-old career, Rani has given many hits including Saathiya, Hum Tum, Veer Zaara, Bunty aur Babli, Black and No One Killed Jessica.