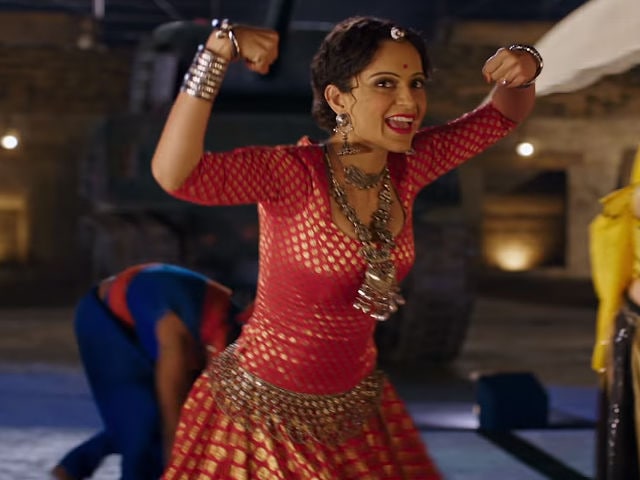 New Delhi: Mere Miyan Gaye England, the new song from Kangana Ranaut's upcoming film Rangoon takes off on a hilarious note. Kangana is the star of the song Mere Miyan Gaye England, which also offers snippets of Shahid Kapoor and Saif Ali Khan. Kangana stars as actress Jaanbaaz Miss Julia in the Vishal Bhardwaj-directed war drama. Saif features in the role of Kangana's mentor while Shahid is cast as a soldier named Nawab Malik. Interestingly, Rangoon is set against the backdrop of World War 2 - a time when Julia is made to travel to Burma all the way from Bombay for entertaining Indian soldiers.

Julia lands in Burma, where the British Indian army were up against Subhash Chandra Bose's Indian National Army and encounters more than one adventure. It appears that the song Mere Miyan Gaye England documents one such experience of Miss Julia. The song begins with Miss Julia facing a gun and asking for mercy from a perplexed looking man. She even starts singing one of her signature songs to distract the gunman from shooting her.


This is the third song from Rangoon, with Bloody Hell and Yeh Ishq Hai already being internet hits.

Promoted
Listen to the latest songs, only on JioSaavn.com
Vishal Bhardwaj and Shahid Kapoor have previously worked together in 2014's Haider and Kaminey. Saif Ali Khan and Mr Bhardwaj have collaborated for 2006 film Omkara. Kangana was last seen in Katti Batti and she also has Hansal Mehta's Simran in the pipe line.