To Kangana's '3 Heroes in Rangoon' Comment, an Epic Response From Shahid 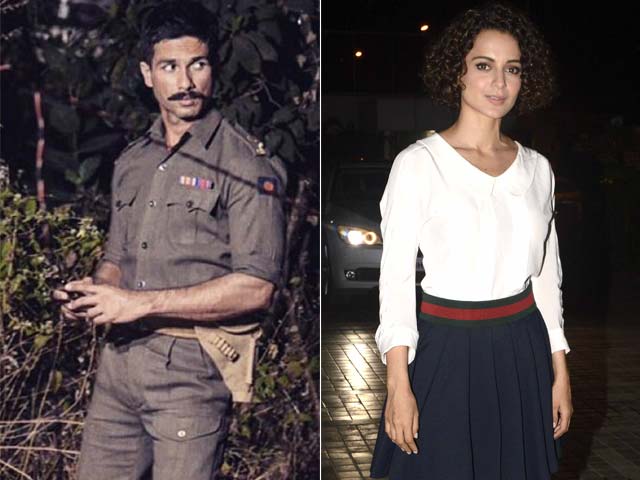 Image on the left was posted on Instagram by shahidkapoor.

New Delhi: Actor Shahid Kapoor had the snappiest of comebacks to his Rangoon co-star Kangana Ranaut's identifying of herself as the 'third hero' in the Vishal Bhardwaj-made film. Rangoon also stars Saif Ali Khan.

Shahid, 35, out-Kangana-ed Kangana in an interview to DNA.

Kangana, who is believed to have hiked her fee to Rs 11 crore after the success of Queen and Tanu Weds Manu Returns, reportedly said she received the same salary as Shahid and Saif for Rangoon.

"Pay parity depends on the saleability of a particular person. I can also sit and cry that I am getting less money than other male actors," Shahid told DNA.

Shahid added that he cannot afford to complain about his pay as his films sell for a 'certain amount of money.'

"I can't complain about my pay and I know that. That's because my films sell for a certain amount of money whereas other actors sell for a different amount. Obviously, that should not be the case and the audience should view a film for its content, regardless of whether it is female-driven or male-driven. Unless that happens, you are paid for your viability. But if somebody is getting paid less than what they deserve, based on their commercial viability, that can be a problem," Shahid told DNA.

Rangoon, a period piece, casts Kangana Ranaut as an action star of the 1940s named Julia. Shahid plays a soldier in the film while Saif plays the role of a filmmaker.

Rangoon is reportedly inspired by the Hollywood film Casablanca and is scheduled to release in October this year.