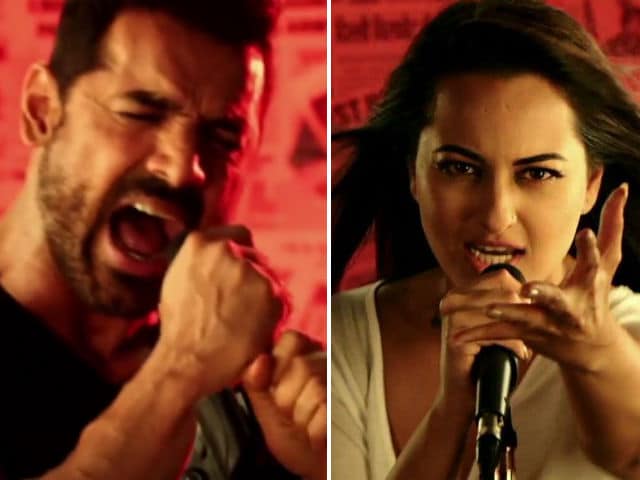 New Delhi: Actor John Abraham dons many more hats as an action star and a film producer. Now, he's a singer as well. The first song from his upcoming film Force 2 is out, and John is busy flexing his vocal chords, as opposed to his muscles in this one.

Rang Laal delivers as per its title's suggestion - shot entirely in dark hues of crimson, with the leading pair of John and Sonakshi Sinha red with anger, belting out this intense tune. The song is intentioned as an angry anthem against the wrongdoings of society.

Promoted
Listen to the latest songs, only on JioSaavn.com
Composed by Gourov Roshin, John is joined by Dev Negi and Aditi Singh Sharma for the vocals. Sonakshi, who recently made her singing debut in Akira hasn't lent her voice, but does a stellar job of a cop out for blood in the song. The song was shared on Twitter by the film's official handle.


Force 2 is the sequel to John's 2011 cop film Force, which was a remake of Tamil film Kaakha Kaakha starring Suriya and Jyothika. Directed by Abhinay Deo, John will go head-to-head with Mardaaniactor Tahir Raj Bhasin. The film hits theatres November 18.