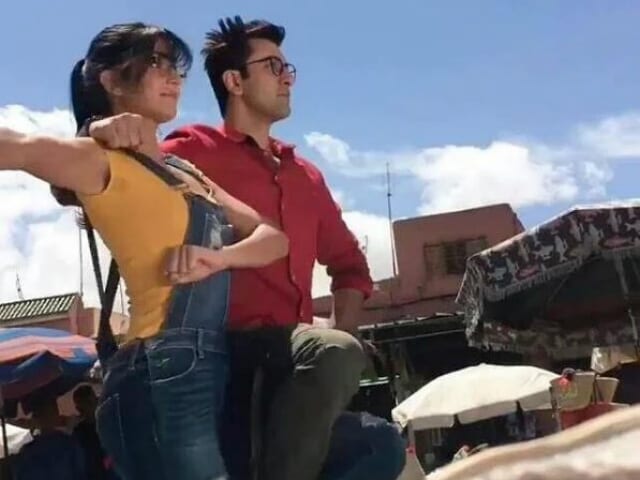 Mumbai: Actors Ranbir Kapoor and Katrina Kaif ensured that their break-up did not affect the shoot of their upcoming comedy-drama Jagga Jasoos, director Anurag Basu has revealed.

Ranbir and Katrina parted ways earlier this year after a long courtship sparking rumours that the split had made it difficult for the director to finish the film.

Dismissing the reports, Anurag said that the actors became more professional following the break-up in order to not let the film get affected.

"Rather they became more professionals so that the work doesn't get affected. They were more concerned that their personal equation or relationship doesn't become a hurdle for the film," Anurag told PTI.

"We were shooting and were amazed with the stories that used to come about them and the delay. Also, reports that they are not sharing vanity van came out but they were never sharing vans," the Barfi director said.

Anurag was, in fact, surprised the way Ranbir and Katrina behaved on the sets.

"I was surprised. They acted as if nothing is wrong and they are absolutely fine. I was concerned with what was being captured on camera and not with what happened between them," he said.

"They are so professional. In the past (also), we have seen actors, who have broken up and still worked together," he said.

The 42-year-old Life in a Metro director is well aware that during the promotions of Jagga Jasoos, focus would be on his lead stars' personal life.

"The focus will be on their personal life. I can't help it. The film will be marketed and they will go out to promote it and questions about their personal life will be raised. I don't know how they are going to face it and how will I do it. It disheartens me. I think audience is smart. By bringing or focusing on all these things (personal life) you can't bring audience to theatres. It doesn't happen," he added.