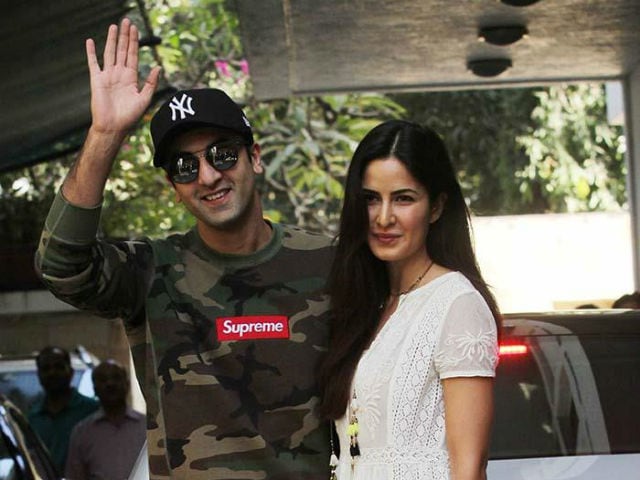 In the pictures, Ranbir and Katrina, who are dressed in casuals, sport nerdy spectacles, and seem to be completely bemused by what lies ahead of them.

The film is expected to release in June this year.