What Are Ranbir, Katrina Upto in This Video From Jagga Jasoos Sets? 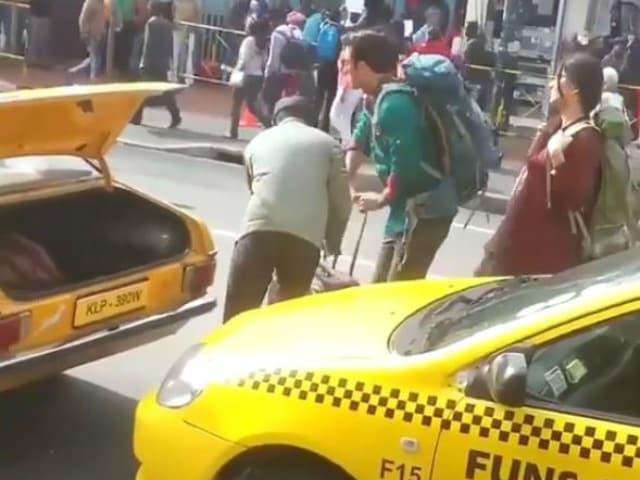 A still from the video shared by Instabollywood.

New Delhi: A video of Jagga Jasoos actors and rumoured ex-flames Ranbir Kapoor and Katrina Kaif from the sets of the movie has been doing the rounds of social media on March 10. The duo, who feature as detectives in the Anurag Basu-directed film, can be seen walking up to a yellow cab and lodging their heavily-loaded luggage in the car's trunk.

Ranbir is dressed in a green shirt and pants while Katrina looks simple in maroon attire.

Here's a glimpse of the two in action:

Meanwhile, fan clubs have also shared pictures of Ranbir shooting for the movie on Twitter:

Ranbir Kapoor on the sets of #JaggaJasoos in Mumbai. pic.twitter.com/DHW6NVEA82

Ranbir Kapoor on the sets of Jagga Jasoos. pic.twitter.com/TtRG5hzVvq

Earlier in January, stills of Ranbir and Katrina from Jagga Jasoos also made their way to social media:

The comedy-drama, which also stars Adah Sharma and Govinda, has been in the making for over two years and is expected to release in June this year. (Also Read: Salman Khan Not Responsible for Jagga Jasoos Delay: Anurag Basu)