Ranbir Kapoor's Pics With 'Mystery Woman' Are Breaking The Internet

In the pictures, Ranbir Kapoor sports a diamond stud in his ear, basic grey t-shirt and blue denims - and he looks noticeably heavier 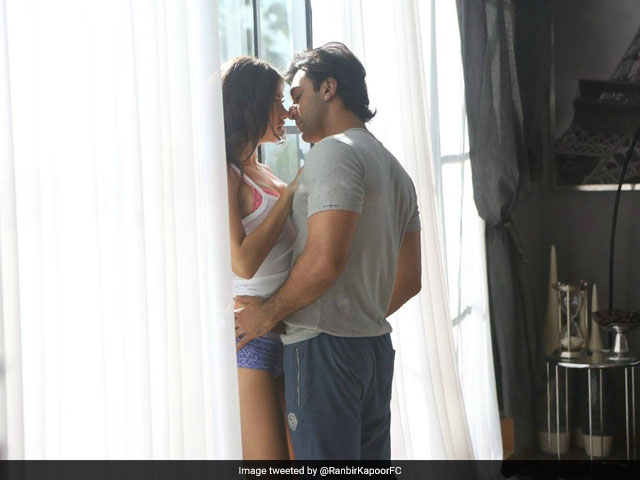 Mumbai: On Tuesday morning, the Internet woke up to some blazing pictures of Ranbir Kapoor wrapped in an intimate embrace with someone social media instantly branded a 'mystery woman.' Featuring the 34-year-old actor and an unidentified young woman, these pictures have gone crazy viral. The Ae Dil Hai Mushkil actor has recently been in news for the Sanjay Dutt biopic that he is currently working on (he plays Sanjay Dutt) and the film Jagga Jasoos, that co-stars his former girlfriend Katrina Kaif. This is the first time in more than a year that Ranbir has made the headline for anything apart from his movies.

Promoted
Listen to the latest songs, only on JioSaavn.com
Coming back to the pictures, Ranbir Kapoor can be seen snuggling up to a woman wearing blue short shorts and a white top. Ranbir sports a diamond stud in his ear, basic grey t-shirt and blue denims - and he looks noticeably heavier. Ranbir has put on 13 kilos for his role in the Dutt biopic and is increasingly looking like a spitting image of Sanjay Dutt. His physical transformation is evident in these viral pictures. Before you jump to conclusions, we should tell you that the pictures are from a photoshoot for Ranbir's new brand endorsement - so, no, that's not a photo of Ranbir Kapoor's new girlfriend.

Fans of the superstar will get to see and hear much more of him in the run-up to the release of his next film Jagga Jasoos. Directed by Anurag Basu, the film hits cinemas on July 14, after facing several roadblocks and delays. Ranbir and Katrina are expected to promote the film together.