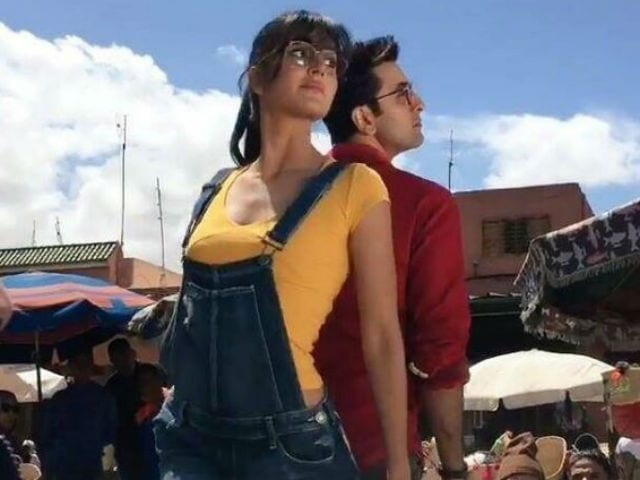 A still from the film

Directed by Barfi! helmer Anurag Basu, the film had been in the making for a while.

The director, however, said the movie has been delayed by merely six months.

Jagga Jasoos is the debut venture of Ranbir and Anurag's production house, Picture Shuru Productions. It has also been co-produced by Disney.

The film will release exactly a year after the studio's hugely successful The Jungle Book (Disney's The Jungle Book released on April 8th, 2016) and Jagga Jasoos promises to be the Disney summer spectacle for 2017!," Disney said in a statement.

#JaggaJasoos on the 7th of April 2016....it's meant to be the true blue Disney film of the year and the start of a supreme franchise!!!

In the film Ranbir plays a detective with Katrina as his aide. The two actors will go on a lookout for Ranbir's missing father.

Ranbir was last seen in Imtiaz Ali's Tamasha, which did well at the box office and Katrina is going to be seen in Nitya Mehra's Baar Baar Dekho alongside Sidharth Malhotra in September this year.