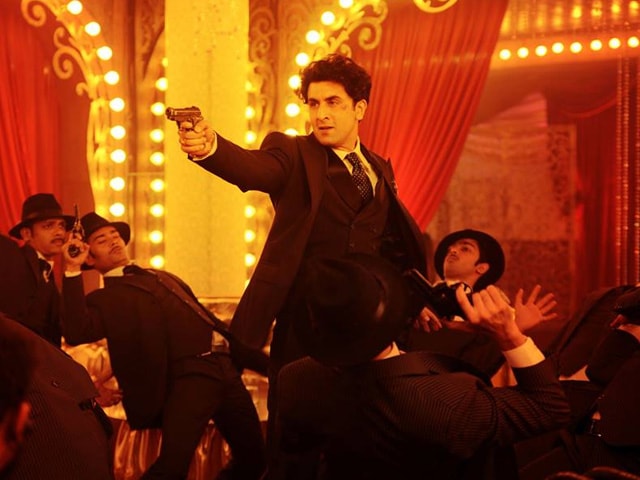 Ranbir Kapoor in a still from Bombay Velvet.

Mumbai: Actor Ranbir Kapoor feels that his last release Bombay Velvet was not enticing enough for the audience.

Bombay Velvet directed by Anurag Kashyap proved to be a dud at the box office. But the Rockstar actor is happy and proud of all the films that he has done so far.

"I am happy and proud to be working with everyone, be it on Bombay Velvet or Besharam or any other film. The world of Bombay Velvet was not enticing. It did not have songs and all," Ranbir told reporters on Tuesday evening. (Also Read: Ranbir Kapoor: Hope Deepika's Luck Works For me, Not Mine For Her)

"It seems that I did less promotion for it but that is not the case. Yeh Jawaani Hai Deewani had songs and, so it worked," he said.

Ranbir, who is currently prepping for the release of his upcoming movie Tamasha, has given memorable performances in films like Rockstar, Barfi and Rajneeti. He was billed as the next superstar of Bollywood.

On being the next superstar Ranbir, 32, said, "I have been hearing this from the last several years. I hope Tamasha reinstates that faith. We all want to do good work, do different and exciting films and roles. (Also Read: Ranbir Kapoor: I am nowhere close to the Khans)

"We want to push the boundaries as actors and also in terms of collections at the box office. As actors we are fearless. We all want to take the legacy of cinema ahead," he said.

Tamasha, directed by Imtiaz Ali will see him reunite with his former girlfriend Deepika Padukone. It is set to release on November 27.