"While we were shooting for Ramayan, lot of renowned magazines approached me and the other members to do sensuous photoshoots," said Arun Govil 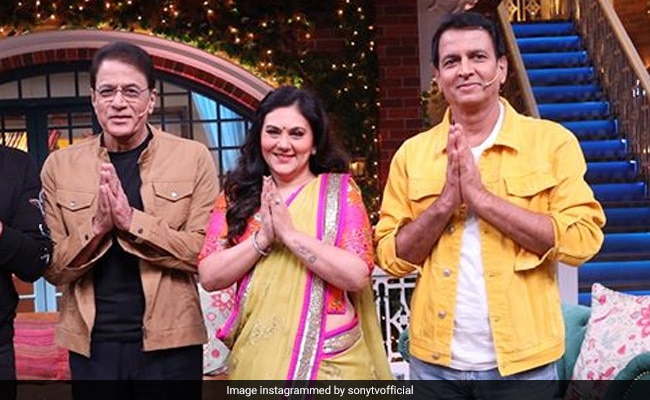 Actor Arun Govil, best known for playing Lord Ram in Ramanand Sagar's Ramayan, which changed the course of Doordarshan some three decades ago, recently made an appearance on The Kapil Sharma Show. Joining him on the show were Deepika Chikhalia and Sunil Lahri, who were synonymous with Sita and Lakshman, thanks to Doordarshan's Ramayan. While photos from the Ramayan reunion, 33 years after they starred in the show, have sent the Internet into a tizzy, Arun Govil, now 71, is trending for one more reason. On Kapil's show, he revealed the cast of Ramayan were offered huge amounts of money for racy photoshoots by magazines and that they rejected them, reported news agency IANS.

"While we were shooting for Ramayan, a lot of renowned magazines approached me and the other cast members to do sensuous photoshoots for them. They were so desperate that they were ready to pay hefty amounts of money for it," IANS quoted Arun Govil as saying.

However, Arun Govil added that given the nature of the show, the actors had a reputation to maintain and had to live up to the audiences expectations. They rejected the offers, he said: "But none of us accepted their offers and we believed that our audiences look up to and rest their faith in us. We could never take the chance of breaking their trust for money."

Meanwhile, a promo of The Kapil Sharma Show, featuring the Ram, Sita and Lakshman of Ramanand Sagar's Ramayan, have cracked up the Internet. Kapil asked Arun Govil if Lord Ram's costume made him itchy while Deepika Chikhalia, now 54, said she was always greeted with folded hands even off screen.

A post shared by Sony Entertainment Television (@sonytvofficial) on Mar 2, 2020 at 9:12am PST

The Ramayan reunion will be aired on The Kapil Sharma Show at 9:30 pm this Saturday.

Written, produced and directed by Ramanand Sagar, Ramayan first aired on Doordarshan in 1987. The ensemble cast of the show included actors such as Dara Singh, who played Hanuman, Lalita Pawar was cast as Manthara, Vijay Arora played Indrajit, and Arvind Trivedi played Ravana.