Ram Navami 2021: Neetu Kapoor Wished Her Fans Like This 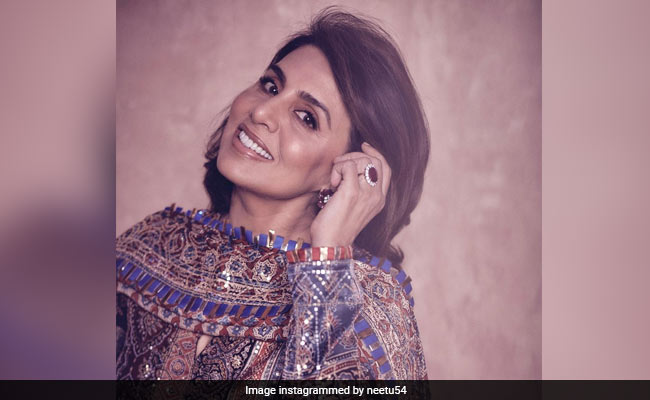 Trust Neetu Kapoor to fish out priceless memories with her late husband Rishi Kapoor on social media. The veteran actress, like many of us, is celebrating the festival of Ram Navami today. To mark the occasion, she shared a video of the song Ram Ji Ki Nikli Sawaari from the 1979 film Sargam. The festive song is picturised on the film's lead actor Rishi Kapoor, who is seen dancing with great fervour. Posting the video on Instagram, she wrote: "Happy Ramnavami" and followed it with folded hands and flower emojis. Reacting to the post, her daughter Riddhima Kapoor Sahni dropped heart emojis in the comments section.

This is not the first time that the 62-year-old actress marked a festival with a throwback featuring Rishi Kapoor, who died on April 20 last year following a long battle with cancer. Last week, she added a special video to her Baisakhi greeting. On the occasion, she posted a clip of the song 'Tere Naam Tere Naam' from the 1978 film Pati Patni Aur Woh. The sequence had a special appearance of her along with Rishi Kapoor. "Happy Baisakhi. Peace and good health to all," read the caption.

The actor-couple maintained a rock-solid marriage for four decades, and fans got a glimpse of their timeless love saga when the actress appeared on reality show Indian Idol. She reminisced many fond memories with her late husband, which made the audience emotional. One was about when she and Rishi Kapoor were shooting for a song when they had an argument and didn't speak to each other. Interestingly, Rishi Kapoor had narrated the same story at another event a few years ago.

Rishi and Neetu Kapoor met on the sets of the 1974 film Zehreela Insaan. They got married in 1980. The couple co-starred in many films such as Khel Khel Mein Kabhie Kabhie, Amar Akbar Anthony, Love Aaj Kal, Do Dooni Chaar and Jab Tak Hai Jaan among others. They shared screen space with their actor-son Ranbir Kapoor in the 2013 film Besharam. This also remains Neetu's last movie outing. Neetu Kapoor will next be seen in the film Jug Jugg Jeeyo, featuring Varun Dhawan, Kiara Advani and Anil Kapoor in main roles.