Ram Kapoor's Secret: No Food For 16 Hours. What Ronit Roy And Others Said About New Look 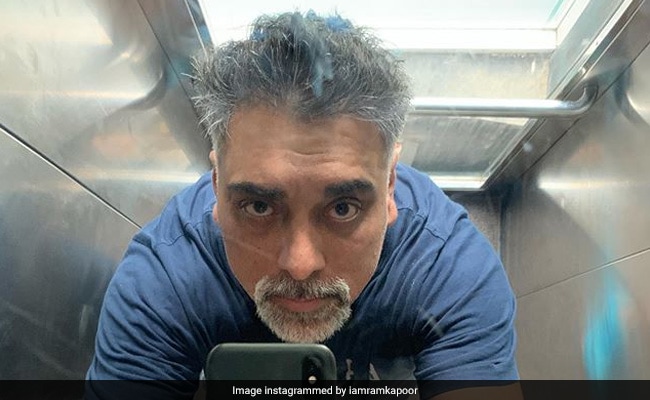 TV star Ram Kapoor has trended this entire week after revealing his new, trim look on his Instagram account. Mr Kapoor, 45, has always been pear-shaped and it's been part of his charm, helping propel him to stardom in serials like Kasamh Se and Bade Achhe Lagte Hain. His extreme transformation has taken him 30-odd kilos down from a reported 130 kilos. In two separate Instagram posts, Ram Kapoor unveiled his all-new, leaner self. Naturally, his fans and friends were impressed (not everyone, though; some said the preferred the old Ram Kapoor). The actor's colleagues from the TV world left comments on the Instagram post he shared yesterday: "You're back to how you looked in Dhadkan," wrote Kishwer Merchant, referencing a 2003 medical drama in which Ram Kapoor played a psychologist; Ronit Roy wrote, "Amazing dude. Finally, mere bhai. So happy; "This is an amazing achievement," wrote Tanaz Irani.

And the comments from his friends:

On Twitter, someone said Ram Kapoor is now in the 'George Clooney League'; someone else said he's gone from 'Raaam Kapoooor to Rm Kpr.' Another thought the actor's pictures were actually a throwback.

Ram Kapoor well done, he is always an amazing actor and he looked like a heartthrob in Kasam Se. He now joined George Clooney league of older hot men with weight loss.

O my My !!
This man looks so handsome
Whaatta transformation!
For a second i was like its a throwback vs now and BOOM!! He actually got sexier! @RamKapoor, BALH hero pic.twitter.com/66kq2wzQdR

How did he do it? Ram Kapoor told SpotboyE that he works out twice a day, watches what he eats and doesn't eat at all for a period of 16 hours. "As soon as I wake up in the morning, I do an hour of weight-lifting on an empty stomach. And, at night just before I sleep, I do cardio. I eat limited food during a period of eight hours. For the rest of the 16 hours, I don't eat anything at all," Mr Kapoor said. That sounds like hard work and at least one tweet raised a concern:

I'm no dietician or nutritionist but helloooooo, #RamKapoor goes hungry for 16 hours straight and has managed to shed oodles of weight with this very practice! Isn't it unhealthy?

Some fans, like this one, just want the 'golu' Ram Kapoor back:

where is my that golu @RamKapoor ? why you have loose so much weight ?
Missing your previous look so much , u looked so hot on that golu look .
#BadeAccheLagteHai#BALH#RamKapoorpic.twitter.com/bgO0tZV0dp

However, as he told SpotboyE, Ram Kapoor intends to lose another 25-30 kilos. Get used to it, world. Now, take a look at the picture we mentioned above: