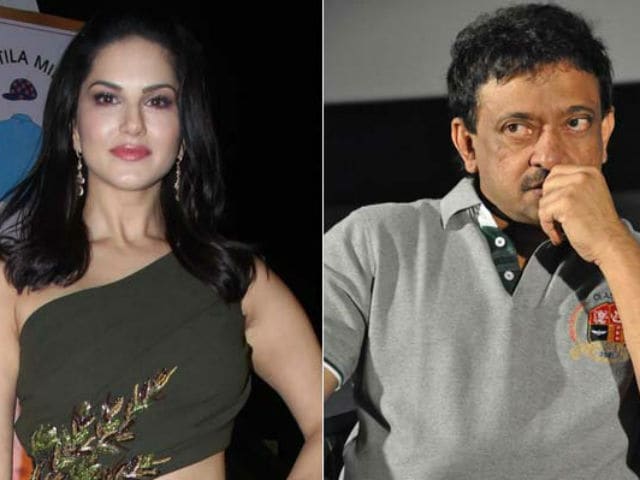 New Delhi: Filmmaker Ram Gopal Varma has now apologized, kind of, for his tweets aimed at actress Sunny Leone on International Women's Day. On Thursday night, RGV tweeted: "Was just expressing my feelings but I apologise to all who were offended due to my unintended insensitive tweets in context of women's day." He added a disclaimer that the apology was only for the ones who were "genuinely offended" and not for the ones "who ranted for publicity or threatened to take law into their hands." On March 8, Ram Gopal Varma posted several tweets that were criticized as sexist. In particular, his tweets about Ms Leone provoked outrage and a police complaint.

Here's what Ram Gopal Varma tweeted as an apology:

Sunny Leone, 35, has not addressed the matter or RGV directly. In a video posted a video on Twitter, she says simply,"One must choose their words wisely."

Change only happens when we have one voice, so let's choose your words wisely! Peace and love!! pic.twitter.com/B3SSX3fgaN

A crescendo of tweets from Ram Gopal Varma on Women's Day ended with this: "I wish all the women in the world give men as much happiness as Sunny Leone gives." He was immediately inundated with angry responses. Social activist Vishakha Mhabrey filed a police complaint in Goa and demanded that the director's Twitter account be blocked, reported news agency PTI. Unperturbed, RGV tweeted that he would file a counter complaint against the activist. He also tweeted, "The negative noise towards my tweet on Sunny Leone arises from ultimate hypocrisy. She has more honesty and more self-respect than any women."

Promoted
Listen to the latest songs, only on JioSaavn.com
RGV has also been recently slammed for trolling actor Tiger Shroff.