Rajkummar Rao Reveals Who Stree's Next Target Is In New Video

In the video, Rajkummar Rao can be seen seated with his friends at the table and they intend to call the spirit of Stree 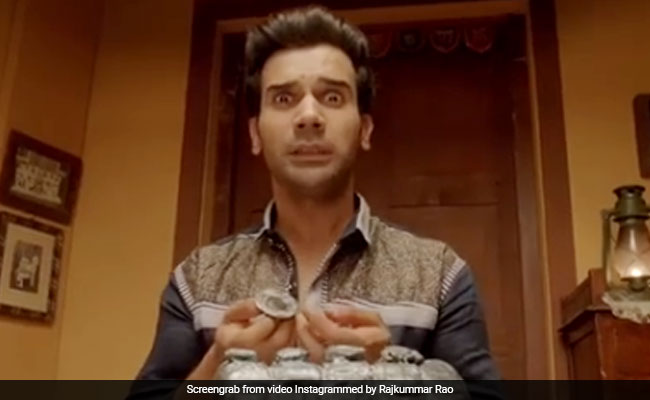 Rajkummar Rao in a still from the new video (Courtesy rajkummar_rao)

Rajkummar Rao, who is currently promoting his upcoming film Stree, is continually sharing updates about the movie on social media. In a promotional video shared by Rajkummar Rao on Instagram, we can see Vicky (the name of the character he plays in the film) seated with his friends at a table with a Ouija board, a medium used to contact spirits. Vicky and his friends intend to call Stree, who is behind the disappearance of several men from the village. They have questions and want Stree to answer them. What starts as a fun game, soon turns into a nightmare when they discover that someone is actually trying to make contact with them. Rajkummar Rao captioned the video and wrote: "Vicky aur uske doston ko karne hain Stree Se Sawaal! Kya degi woh unke jawaab?" Shraddha Kapoor, who is also part of the horror comedy, does not make an appearance in this video.

Take a look at the promotional video here.

Earlier, Rajkummar had shared another video on his Instagram timeline, which featured his co-star Shraddha. The video was about Vicky's date with the "love of his life" (Shraddha) in a graveyard. The video is sure to give you goosebumps.

Here is the video shared by Rajkummar Rao.

Vicky is on a date with the love of his life. Iss #MidnightDate ke baad, aakhir kya hoga Vicky ke saath? #Stree @shraddhakapoor

Stree trailer created quite a buzz after it released last month. The trailer has over 28 million views. The makers have also released three songs from the film - Milegi Milegi, Kamariya and Nazar Na Lag Jaaye.

Watch the trailer of Stree.

Stree is directed by Amar Kaushik and Dinesh Vijan produces it. The first schedule of the film was shot in Chanderi. Speaking about her experience of shooting in a small town of Madhya Pradesh, Shraddha Kapoor told IANS: "I was so excited to go there in Chanderi, especially the fort area where I shot the film. Chanderi is a small town and the vibe of the place is so easy."