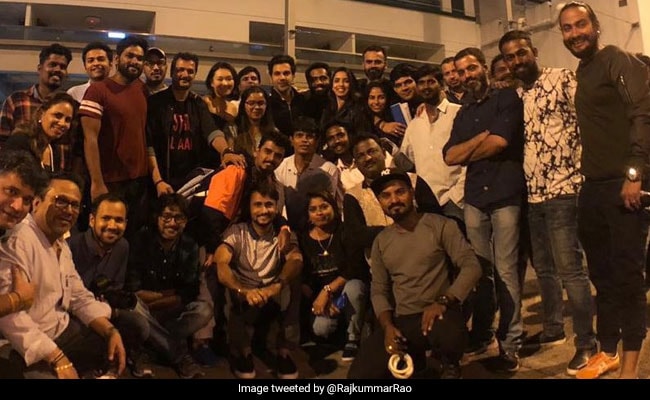 Rajkummar Rao announced the wrap of filmmaker Mikhil Musale's Made In China on Wednesday. The actor shared a picture on Twitter featuring himself with the cast and crew of the film. Rajkummar captioned the photo: "Schedule wrap for Made In China. What a fun shoot, can't wait to share it with you guys on the big screen." Mouni Roy and Boman Irani, who are also part of the film, did not feature in the picture. Made In China went on floors in September this year. The film will be produced by Dinesh Vijan's production house Maddock Films, which also produced Rajkummar Rao's last film blockbuster film Stree.

Schedule wrap for #MadeinChina. What a fun shoot, can't wait to share it with you guys on the big screen. #DineshVijan@MusaleMikhil@MaddockFilms@Roymouni@bomanirani@AmyraDastur93@vyas_sumeet@PVijan#AnujDhawanpic.twitter.com/tzULOUFa0a

Rajkummar Rao is playing the role of Gujarati businessman while Mouni Roy will feature as his wife. In an interview with news agency IANS earlier this year, Mouni said that she is excited to be a part of the film and to work with Rajkummar Rao. "I think Rajkummar is a tremendous actor and I have always looked up to his work. I can't wait to start working with him. I am even more ecstatic to be a part of Maddock Films," IANS quoted Mouni as saying.

Made In China showcases the life of struggling Gujarati businessman, who aspires to become a successful entrepreneur. Made In China is scheduled to release on August 15, 2019.