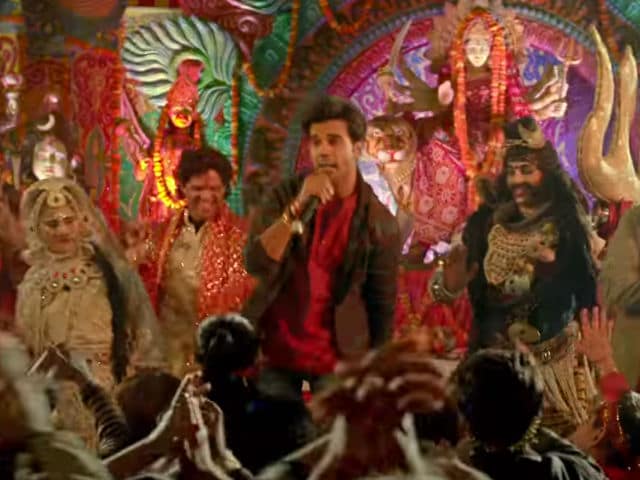 Rajkummar Rao in a still from Behen Hogi Teri

New Delhi: Rajkummar Rao and Shruti Haasan's song Jai Maa from upcoming film Behen Hogi Teri released on Thursday and has been trending ever since. The Internet, it seems, cannot stop LOLing over the Kala Chashma and Jai Mata Di crossover. The song, which released at the onset of Navratri, is cheering up many people. It features Rajkummar and Shruti attending a jagrata (a religious event which goes on all night) singing praises for Maa Sherawali. The lyrics of the bhajan (a devotional song) are set aptly to match the tone of Amar Arshi's 2000 hit song Kala Chashma, which was recently revamped for Katrina Kaif and Sidharth Malhotra's Baar baar Delkho.

Promoted
Listen to the latest songs, only on JioSaavn.com
Rajkummar Rao was last seen in Vikramaditya Motwane's Trapped, which got rave reviews. In upcoming rom com Behen Hogi Teri, Rajkummar's character plays Lord Shiva in a local jagran mandli which is owned by Shruti's character. They are in love but they are also neighbours and therefore the community is sort of anti their romance. "My last three-four films have been very challenging, and very taxing. From there, I have come to Behen Hogi Teri. It is, of course, a performance driven film but is not that emotionally taxing as others," Rajkummar told Times Of India.

Behen Hogi Teri directed by Ajay K Pannalal is scheduled to hit the screens in on May 26.

The Secret Behind Sonu Nigam And Sachin Tendulkar's Mysterious Picture