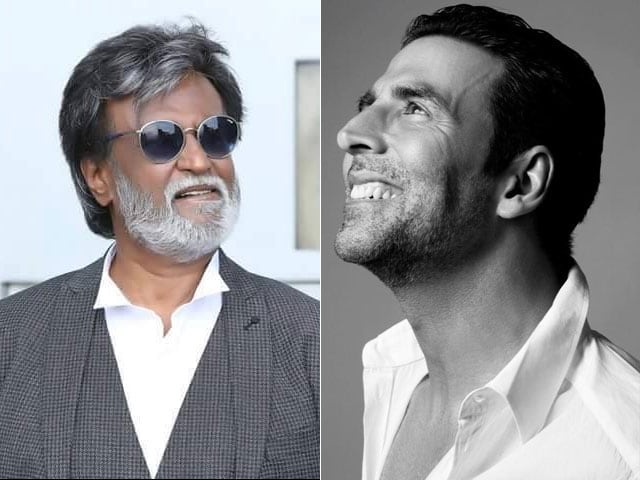 These images were posted on Facebook by Kabali and Akshay Kumar

Directed by Shankar, 2.0 is a sequel to the 2010 blockbuster Robot. The sci-fi action-drama features Bollywood actor Akshay Kumar in the role of an antagonist.

Resul says he was amazed with what he saw when he visited the film set and will spend a lot of time creating the perfect sound for the movie.

"Technically, the action in 2.0 is a high level of achievement. I went to the set and what I saw was amazing. I've gone through the narration and the previews. Next year most of my time will be invested in creating 2.0," Resul told PTI in an interview.

The 45-year-old sound designer feels the movie will consolidate position of Indian films at a time when most of the Hollywood biggies are raking in huge money at the domestic box office.

"I think a film like 2.0will consolidate our position from the international perspective of filmmaking. I have reasons to say this when you look at the last five years how Hollywood films are faring in the Indian domestic market.

"When Avatar came out it collected nearly Rs 58 crore from the Indian market, last year Fast and Furious came and collected Rs 108 crore and when it came to Jungle Book it was nearly Rs 200 crore."

Resul has been associated with Indian as well as international films, ranging from Highway, Ra.One to Slumdog Millionaire and The Best Exotic Marigold Hotel.

Promoted
Listen to the latest songs, only on JioSaavn.com
The acclaimed sound designer feels Hollywood biggies make huge money here without shooting in the country and if Indian filmmakers don't pull up their socks, the industry will be "doomed."