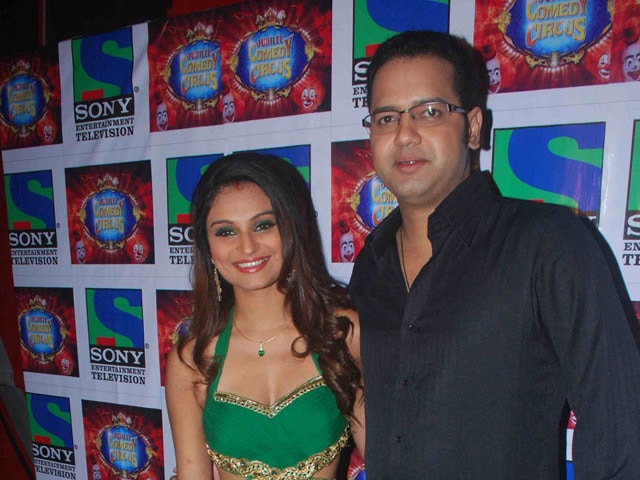 Rahul and Dimpy have always maintained they shared a cordial relationship while they were separated.

New Delhi: It's official. TV personalities Rahul Mahajan has confirmed that he and estranged wife Dimpy Ganguly are divorced. Rahul and Dimpy's stormy relationship was marked by allegations for domestic abuse and the couple were reported to have separated in 2013.

The former Mr and Mrs Mahajan are now 'just friends' as this Facebook post from Rahul says.

Dimpy, who recently changed her Twitter moniker from 'Mahajan' to her maiden name 'Ganguly', retweeted a fan:

@dimpy_mahajan@TheRahulMahajan So nyc 2 c u guys continuin ur friendship evn aftr divorce ..Its not easy for all ... U guys r great !!

Thank you all for all the love and support!! #touched

Rahul and Dimpy have always maintained they shared a cordial relationship while they were separated. After an emotional poolside confrontation on the recently concluded season of Bigg Boss, Rahul joined Dimpy as a contestant in the extended season of the reality show, Bigg Boss Halla Bol. (Also Read: Rahul Mahajan Still on 'Cordial Terms' With Dimpy)

Promoted
Listen to the latest songs, only on JioSaavn.com
After his eviction from the show, Rahul told news agency IANS that he had not gone inside the house to resolve issues with Dimpy. However, he felt that the Bigg Boss stint had helped their bond become stronger. (Also Read: Dimpy and I are Nothing More Than Friends, Says Rahul Mahajan)

Rahul, son of late BJP leader Pramod Mahajan, met and married model and actress Dimpy on TV reality show Rahul Dulhaniya Le Jayega in 2009. The couple then appeared in a string of reality shows, including Nach Baliye 5 in 2012. Later, they began appearing separately on shows, fuelling rumours of relationship trouble, followed by Dimpy accusing Rahul of being violent. (Also Read: I am Not Dating Anyone, Says Rahul Mahajan)