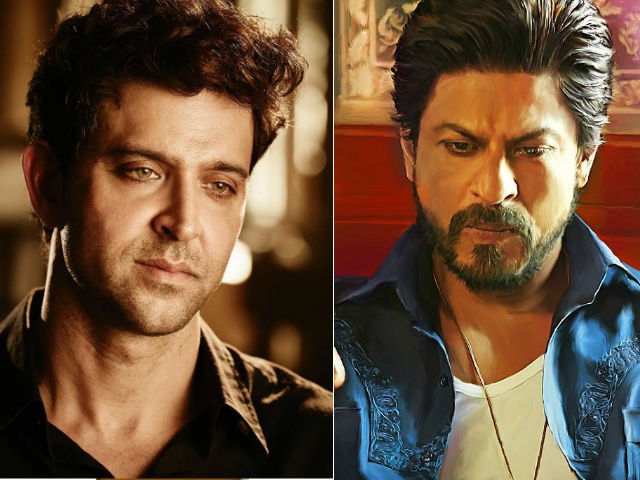 Raees vs Kaabil: Shah Rukh Khan's film is ahead of Hrithik's film in first day collections

New Delhi: Shah Rukh Khan's Raees beat Hrithik Roshan's Kaabil in the first day collection at the box office, trade analysts and film distributors agree unanimously. Trade analyst Taran Adarsh gave the figures of both films' first day collections. He revealed that Raees made Rs 20.42 crore while Kaabil made Rs 10.43 crore. Raees' Day 2 collections have been pretty spectacular too. The film made Rs 26.30 crore on Day 2 bringing the total to Rs 46.72 crore. As for Hrithik's film, Box Office India reported that kaabil made Rs 15 crore on Day 2, bringing the total to Rs 25 crore. Film distributor Akshay Rathi told new agency PTI that Shah Rukh's movie had an "edge over" Hrithik's Kaabil in theatres. "Both the films are doing well at the box office and world of mouth for both of them is positive. What works for Raees is the presence of Shah Rukh Khan who has been a star since longtime, the film has mass appeal, great dialogues and songs. Even Kaabil has content," Mr Rathi told PTI.

Another distributor, Rajesh Thadani, agreed with Mr Rathi and told PTI: "Shah Rukh is a bigger star. Also, people are liking the story of Raees so it has affected Kaabil." Mr Thadani told PTI that Raees opened in 3500 screens while Kaabil opened in 2700 screens. "The occupancy for Raaes was 60-70 percent yesterday while for Kaabil it was 25-35 percent occupancy. Today the morning shows were houseful for both the films," he told PTI.

Manoj Desai, Executive Director of Gaiety, Galaxy and Maratha Mandir cinema, told PTI that both the films are being appreciated. "At our theatres Raees had 100 per cent occupancy and Kaabil had 90 per cent," he said.

Trade analyst Taran Adarsh believes both films will have a better business on Day 2. He tweeted the collection figures of Day 1 and said:

Raees is the story of a liquor baron Raees Alam and his love Aasiya (played by Pakistani actress Mahira Khan) and his nemesis Superintendent of Police Jaideep Ambalal Majm (played by Nawazuddin Siddiqui). Raees received favorable reviews from critics.

Promoted
Listen to the latest songs, only on JioSaavn.com
Kaabil is the story of visually impaired couple and how their happy married life is marred by a dark incident. The film is directed by Sanjay Gupta and produced by Hrithik's father Rakesh Roshan.