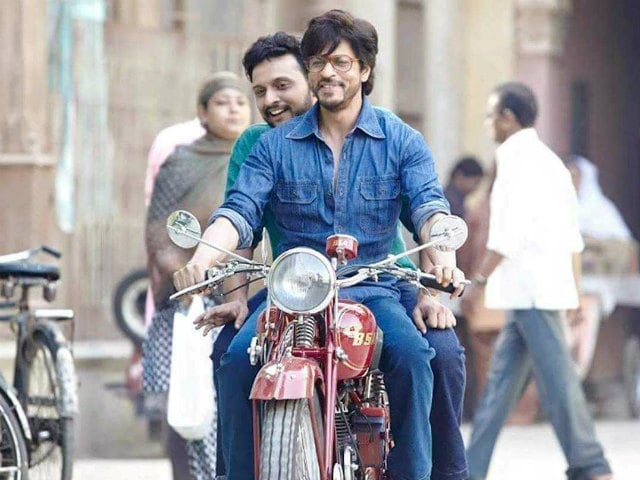 New Delhi: Shah Rukh Khan's Raees, which released mid-week on Wednesday, continues with its blockbuster run at the box office. Raees has raked in a whopping sum of Rs 75.44 crores, with collection figures for the fourth day being Rs 15.61 crores, reported trade analyst Taran Adarsh. On Saturday morning, Mr Adarsh's forecast for Raees' weekend collection read that the gangster drama is "all set for a big Saturday and Sunday." Raees and Hrithik Roshan's crime-thriller Kaabil had a box office collision on Wednesday, since when Raeeshas been leading the box office race. "Raees has a fantastic Day 1. Wed Rs 20.42 crores (sic)," tweeted Mr Adarsh, while he reported Kaabil's opening day figures to be Rs 10.43 crores.

The 51-year-old actor was asked about the reason behind Raees' success at the box office, and he said: "Crores of people have come to watch the movie, so figures will follow." Earlier this week, film distributors were reported saying that Raees has an "edge over" Kaabil at the theatres. Film distributor Akshay Rathi told new agency PTI: "Both the films are doing well at the box office and world of mouth for both of them is positive. What works for Raees is the presence of Shah Rukh Khan who has been a star since long time, the film has mass appeal, great dialogues and songs. Even Kaabil has content."

Promoted
Listen to the latest songs, only on JioSaavn.com
In his review for NDTV Movies, Saibal Chatterjee writes: "Shah Rukh shrugs off his defining starry mannerisms, embraces physical attributes and accessories designed to convey an air of to-hell-with-the-world insouciance, and becomes an effective anchor for a film that hinges overly on his box office clout to carry it across the finishing line. Raees has passages that might feel a touch ponderous to those seeking tauter twists and turns, but overall the plot rings true all the way through."

Raees stars Shah Rukh Khan as liquor baron Raees Alam who operates in the dry state of Gujarat. It also marks the Bollywood debut of Pakistani actress Mahira Khan, who features as Raees' wife in the film. Nawazuddin Siddiqui plays the cop who attempts to put an end to Raees' illegal activities in the state. Directed by Rahul Dholakia, Raees also features Sunny Leone in a special song Laila O Laila, which is a reprised version of Zeenat Aman's hit song from 1980 film Qurbani.