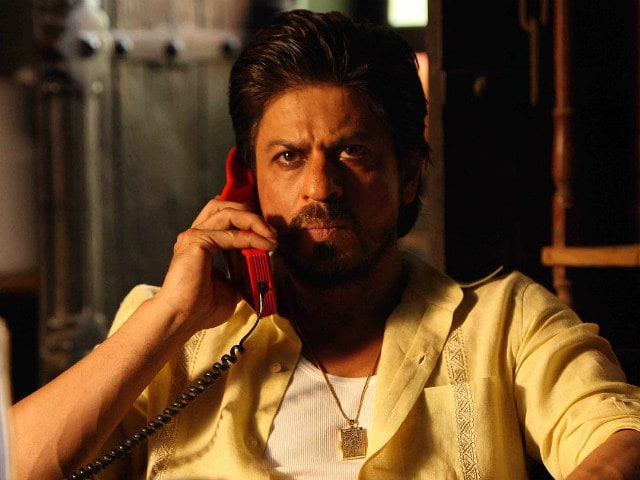 New Delhi: Shah Rukh Khan hit theatres with a bang on Wednesday with his much-talked about Raees. The film scored a total of Rs 59.83 crores on Friday, reported trade analyst Taran Adarsh. Mr Adarsh also made a prediction for Raees, which released mid-week. Raees is "all set for a big Saturday and Sunday," tweeted Mr Adarsh when he shared the collection figures on Saturday. On Wednesday, Raees witnessed "fantastic" opening day collections scoring more than Rs 20 crores. In a tweet on Thursday, Shah Rukh also mentioned that Mr Adarsh's predictions have come true. According to a report in boxofficeindia.com , the first day collection of Raees ranks fourth highest for a Shah Rukh Khan-film after hits like 2014's Happy New Year, 2013's Chennai Express and 2015's Dilwale.

Meanwhile, Shah Rukh's film had a massive box office collision with Hrithik Roshan's Kaabil but continues to stay ahead of the thriller. The box office figures of Shah Rukh's Raees surpassed that of Hrithik's film by over Rs 20 crores, reports Taran Adarsh.

Shah Rukh Khan was asked about the reason behind Raees' box office success, and he said: "Crores of people have come to watch the movie, so figures will follow." Several distributors are of the opinion that Shah Rukh's movie had an "edge over" Hrithik's Kaabil at the theatres. Film distributor Akshay Rathi told new agency PTI: "Both the films are doing well at the box office and world of mouth for both of them is positive. What works for Raees is the presence of Shah Rukh Khan who has been a star since long time, the film has mass appeal, great dialogues and songs. Even Kaabil has content," Mr Rathi told PTI.

Promoted
Listen to the latest songs, only on JioSaavn.com
In his review for NDTV Movies, Saibal Chatterjee writes: "SRK is on top of his game here, recalling his Chak De! India performance in the process. With an effortless actor like Nawazuddin Siddiqui snapping at his heels, the lead actor is always on his toes."

Shah Rukh Khan, 51, features as liquor baron Raees Alam who operates in the dry state of Gujarat. It also marks the Bollywood debut of Pakistani Mahira Khan, who features as Raees' wife in the film. Nawazuddin Siddiqui is the cop, who attempts to put an end to Raees' illegal activities in the state. Directed by Rahul Dholakia, Raees also features Sunny Leone in a special song Laila O Laila, which is a reprised version of Zeenat Aman's hit song from 1980 film Qurbani.