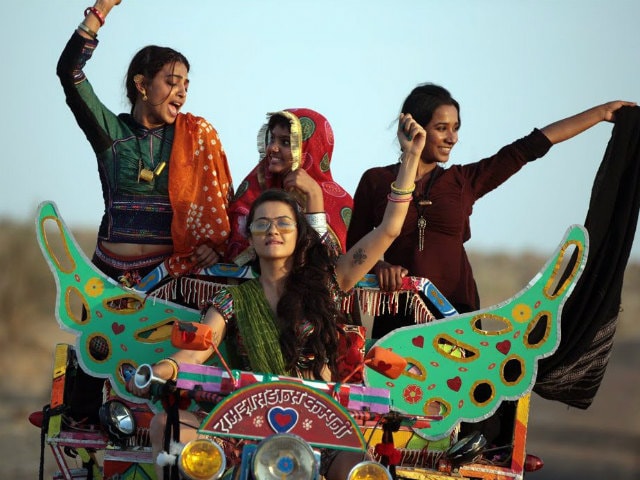 A still from the song Mai Ri Mai.

New Delhi: A song titled Mai Re Mai has been released from internationally acclaimed film Parched, which releases in India this month. Parched stars Radhika Apte and has been produced by Ajay Devgn.

Set in a desert village, Parched is the story of four rural women who struggle with marital abuse and gender discrimination. Mai Re Mai tells the more joyous tale of how they make the best of their lives, as parched and arid as the land they inhabit.

Radhika stars as a battered wife struggling to get pregnant, Tannishtha Chatterjee as a young widow and Surveen Chawla as a dancing girl. Their existence is grim but Mai Re Mai is a lyrical look at how they find solace in each other's company.


Ajay Devgn responded to a tweet from the film's handle asking for retweets of the song with this post of his own:

Parched made some unsavoury headlines a while ago after a sex scene featuring Radhika and co-star Adil Hussain popped up online. Speaking to NDTV, Radhika said that nude scenes made her feel "liberated."

The trailer of the film was launched in Mumbai on September 12.

Promoted
Listen to the latest songs, only on JioSaavn.com
Directed by Leena Yadav, Parched also stars Sayani Gupta and Lehar Khan. The film has already done the rounds of the festival circuit, including the Indian Film Festival of Melbourne and Toronto International Film Festival.

Parched releases in India on September 23.