"It was my first day on the set..." said Radhika Apte 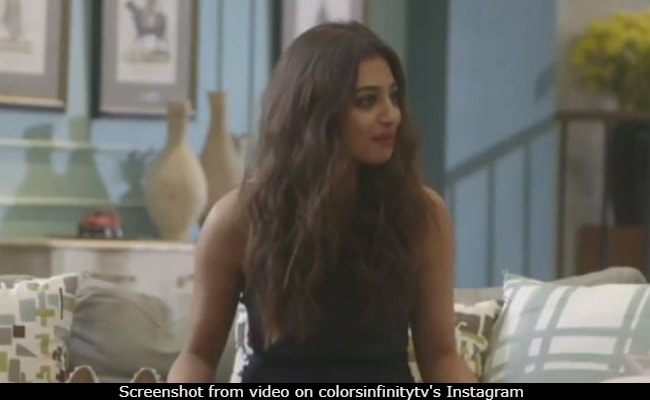 New Delhi: Radhika Apte recently shot for an episode of Neha Dhupia's chat show and was in the best no-filter version of herself. During the episode, Radhika reportedly revealed that she once had slapped her co-star for making her uncomfortable on sets while shooting for a Tamil film, stated Mumbai Mirror. "It was my first day on the set and a famous South actor started to tickle my feet. I was stunned as we'd never met before and I instinctively slapped him," Mumbai Mirror quoted the actress as saying on the show. On Neha's show BFFs With Vogue, Radhika Apte was joined by Rajkummar Rao.

Glimpses of the upcoming episode have been shared on social media and here are some of the questions from Neha's fun questionnaire: "Biggest diva you've ever worked with?", "An actor or filmmaker you think should retire?" and "The full form of STD." While actress Kangana Ranaut was Rajkummar's response to the first question, Radhika said Ram Gopal Varma should retire because "he's made such phenomenal films!"

Say It Or Strip It with @rajkummar_rao & @radhikaapte_ is looking like helluva fun! Catch them on @JeepIndia presents #BFFsWithVogue, this Saturday at 8 PM on Colors Infinity. Powered by @motorolain | Beauty partner @mynykaa

In another video, the duo was asked about being BFFs when Rajkummar said they didn't know they were 'besties' till they were called on Neha's show together.

Neha Dhupia's show has witnessed more explosive revelations (all in good humour, of course) and one of them was when Ayushmann Khurrana said an hour is the longest Bhumi Pednekar has gone without sex.

Promoted
Listen to the latest songs, only on JioSaavn.com
Akshay Kumar's PadMan was Radhika Apte's last film and she will next be seen in Saif Ali Khan's Baazaar. Radhika also has several Marathi and Malyalam films on her resume while her Tamil movies include All In All Azhagu Raja, Vetri Selvan and Rajinikanth's Kabali.

The episode of BFFs With Vogue, featuring Rajkummar Rao and Radhika Apte, will air this Saturday.