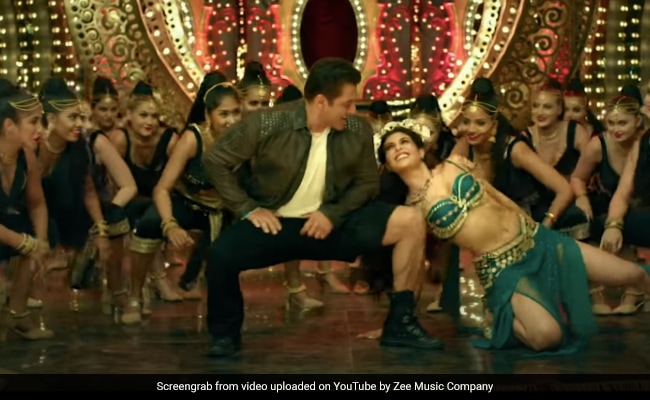 Dil De Diya: A still from the song. (courtesy YouTube)

The second track from Salman Khan and Disha Patani's forthcoming film Radhe: Your Most Wanted Bhai is as peppy as the first one. The track Dil De Diya released just a few days after the first song Seeti Maar was out. The track features the film's lead actor Salman Khan, antagonist Randeep Hooda and there's a special appearance by Salman's Kick co-star Jacqueline Fernandez. In the video, Salman Khan can be seen showcasing some of his signature moves while Jacqueline dazzles on the dance floor and she is simply stunning in the multiple looks that she sports.

The dance number has been sung by Kamaal Khan and Payal Dev and the music has been composed by Himesh Reshammiya, who has previously made music for many of Salman Khan films, including Tere Naam. The lyrics are by Shabbir Ahmed.

So, what are you waiting for, check out the track here:

Jacqueline Fernandez, who has co-starred with Salman Khan in films like Race 3 and Kick, was living at his Panvel farmhouse during the nationwide lockdown last year. The duo even shot a music video during that period titled Tere Bina. The actress was also a part of Salman Khan's Dabangg Reloaded Tour. The duo will soon be seen sharing screen space in Kick 2.

Radhe: Your Most Wanted Bhai has been directed by Prabhu Deva. The film marks the third collaboration of Salman Khan and Prabhu Deva after hits like Wanted and Dabangg 3. The film also stars Randeep Hood and Jackie Shroff in pivotal roles. The film has been backed by Salman Khan's production house Salman Khan Films. The film is slated to release on May 13 in theatres as well as streaming platform Zee5.