Raazi: Vicky Kaushal Explains How His Character 'Breaks The Image' Of A Pakistani Officer 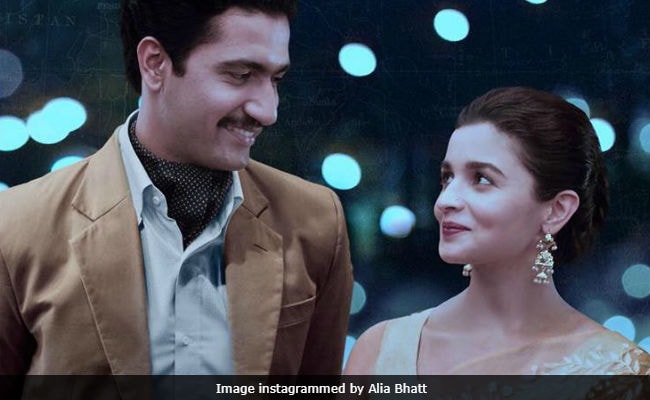 New Delhi: Vicky Kaushal, who plays the role of a Pakistani army officer in this Friday's Raazi, said that the film breaks the "quintessential mould" of a Pakistani army officer and that's the "beauty of his role," reports news agency PTI. "We've been conditioned that way. We can't pinpoint fingers at anyone. But that's what was fun to do while playing the part. To try breaking the quintessential mold of the Army guy and the Pakistani guy. When we mix the two, an image always emerges - he would be crude, shrewd and a fanatic. Iqbal's character breaks the image. That was the beauty of this role," Vicky Kaushal was quoted as saying.

"If we are able to dilute this question of how was it to play Pakistani man, it would be a win," the 29-year-old actor added. From the trailer of Raazi, which swiftly went viral when it released in April, it appears, Vicky Kaushal is about to deliver a powerful performance.

Vicky Kaushal stars opposite Alia Bhatt, who plays the role of Sehmat, an Indian spy. In the film, Sehmat marries Iqbal to provide intel to the Indian army during Indo-Pakistan War of 1971. Raazi is directed by Meghna Gulzar and it is an adaptation of Harinder Sikka's novel Calling Sehmat.

Raazi releases on May 11 and it also stars Soni Razdan, Rajit Kapoor, Jaideep Ahlawat and Shishir Sharma.The movie will hit the screens this Friday.

Promoted
Listen to the latest songs, only on JioSaavn.com
Vicky Kaushal rose to fame courtesy Masaan, for which he received many accolades. After Raazi, Vicky Kaushal will be seen in Sanju, a biopic on actor Sanjay Dutt. He also has Bombay Talkies 2 and Manmarziyaan in the pipeline.