Alia Bhatt's Raazi has 61.34 crore in its pocket and 'solid growth' is expected over the weekend 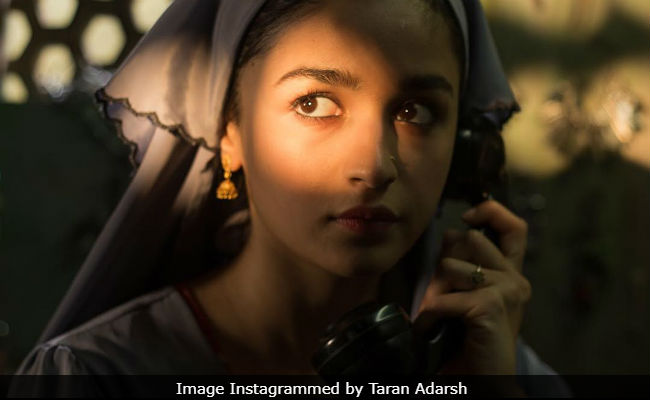 A still from the film Raazi (Image courtesy: Instagram)

New Delhi: There's no stopping for Meghna Gulzar's Raazi, which has earned over 61.34 crore, within 8 days of its release, reports trade analyst Taran Adarsh. According to Mr Adarsh, Raazi is likely to experience a "solid growth" over the weekend and may even cross the 75 crore mark. The film collected Rs 4.75 crore on the first day of its second week. Taran Adarsh, in his latest tweet revealed that the "trends are crystal clear" for Raazi and the movie's Friday collections clearly corroborate his statement. Raazi features Alia Bhatt as an Indian spy married to a Pakistani officer, played by Vicky Kaushal.

Raazi has not only earned Rs 61.34 crore but it also ranks fifth on the 2018's top five opening weekend list (headed by "Padmaavat"). The spy thriller has performed well even in the international markets and has collected over Rs 13 crore.

Here's the list of top five films that earned the maximum during the opening weekend.

Promoted
Listen to the latest songs, only on JioSaavn.com
Raazi received a lot of praise from film critics for not only Alia Bhatt's acting prowess but also for the movie's direction and how it breaks stereotypes. In his review for NDTV, film critic Raja Sen wrote: "Meghna Gulzar does commendably depict how the other side (Pakistan) is just like us - there is a rather clever use of the song Ae Watan, a patriotic track sung with equal fervour from both sides.

Raazi is an adaptation of Harinder Sikka's novel Calling Sehmat, the film is set against the backdrop of the 1971 Indo-Pakistan war, where Alia Bhatt plays a spy named Sehmat, who is married to a Pakistani army official, to pass intel to the Indian government. The film also features Soni Razdan, Rajit Kapoor and Jaideep Ahlawat.
Comments
alia bhatt raaziTaran AdarshRaazi Box Office Collection