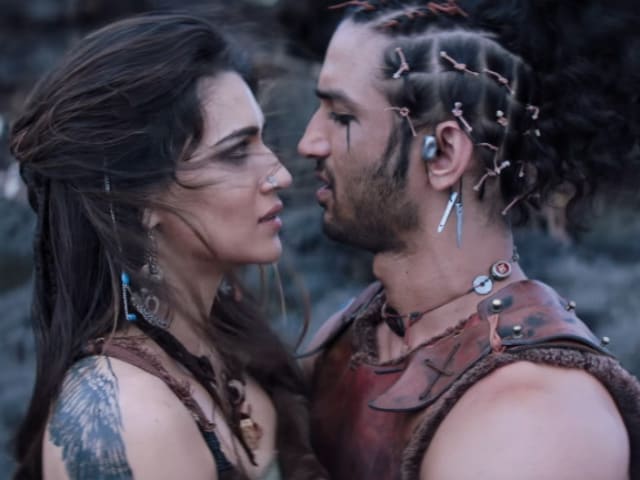 Raabta Trailer: A poster of the film

New Delhi: The trailer of Sushant Singh Rajput and Kriti Sanon's Raabta is here to take you on a haunted, bloody trip down the pages of history. The surprise element in the trailer is Neerja villain Jim Sarbh, who appears out of no-where and establishes his character through multiple flashbacks. The trailer symbolically begins with a puppet show, featuring a king and a queen having a casual banter, then switches to glimpses in which Sushant and Kriti paint the town red. What exactly happens to their the metaphorical king and queen's royal romance remains a bit ambiguous as Jim Sarbh and Kriti are soon spotted on a date with a quizzical looking Sushant watching by. "Chalo kahaani badalte hain. Chalo raja badalte hain," says Jim.

Snippets from the past (from a different era altogether) punctuate the trailer and forms a parallel storyline similar to the current times. This explains, Jim Sarbh has returned to claim what he was denied in the past - his queen, Kriti Sanon.

Promoted
Listen to the latest songs, only on JioSaavn.com
Part of the trailer is also set to Kareena Kapoor and Saif Ali Khan's song Raabta with slightly modified lyrics. However, the trailer is wrapped with Jim Sarbh's icy-cold intonation: "Ek tha raja, ek thi rani. Dono mar agye, khatam kahaani" and hints at a not-so-perfect ending to Kriti and Sushant's romance.