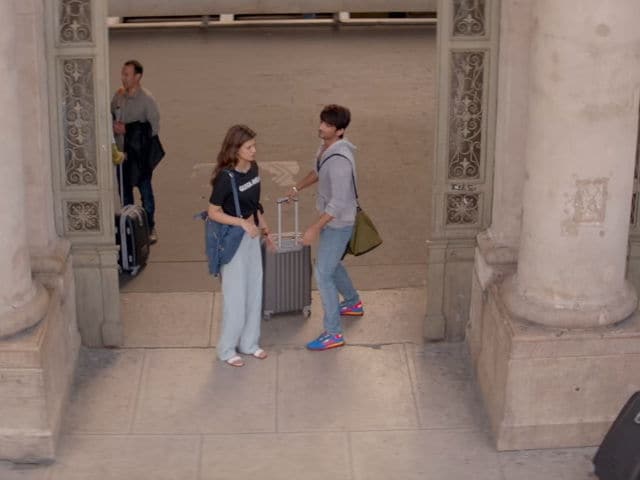 New Delhi: The first song of Kriti Sanon and Sushant Singh Rajput's Raabta, Ik Vaari Aa is out. Sung by Arijit Singh and composed by Pritam, the song begins with Kriti seeing Sushant off at a railway platform. Sushant runs to catch his train but Kriti isn't convinced about them parting ways, for the time being, we suppose. She turns back and sprints to catch a last glimpse of Sushant, before they meet again. What follows next is a beautiful goodbye between the two, as they exchange a romantic smile and glance. Sushant reminisces the moments he spent with Kriti throughout his journey. So does Kriti, who almost imagines Sushant's presence around her at most times.